The World Health Organization have announced “Liberia free of Ebola transmission.” The statement on 9th May marks the 42nd day since the last proved case of an infected individual who died of Ebola virus disease was properly buried in Liberia.

42 days is the time frame set by the WHO to announce an outbreak over. It is t 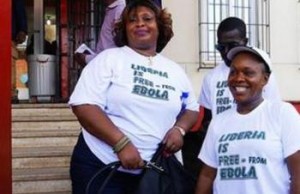 The last sufferer in Liberia confirmed with Ebola died on March 27th and was properly buried the following day. Since then there have been no new Ebola positive cases.

WHO note that the occurrence of Ebola virus disease in West Africa is unprecedented in its scale, seriousness and complexity.

The outbreak began in Guinea in December 2013 and pass on to neighbouring Liberia toward the end of March 2014, where over the following 14 months it claimed a devastating toll – infecting 10,210 individuals and killing 4,571.

Guinea and Sierra Leone are even now affected by the outbreak, and WHO point out there is still a lots of work to be done to stop all chains of transmission.

The UN health agency states that community involvement was the key to preventing the spread of Ebola in Liberia. Groups worked hard to win support from village chiefs, religious leaders, women’s groups and youth groups.

Community task forces gone from house to house to increase awareness, report suspected cases, call health groups for support and find individuals who had been in contact with infected sufferers.

Other measures also made a difference, like making the walls in therapy centers see-through, so family members and friends could watch what was going on inside rather than heeding disinformed rumors.

In inclusion, requests for transportation to treatment facilities or for burial teams were responded quickly. This enhanced confidence and demonstrated teams were there to help.

And in the similar way – community engagement in vigilance will be the important to preventing it re-emerging. WHO and the Liberian authorities both urge Liberians not to let their guard down till the whole African sub-region is totally free of Ebola.

Along with acknowledging the key role performed by local communities, WHO also credit the accomplishment to the powerful leadership and co-ordination of Liberia’s govt and President Ellen Johnson Sirleaf, and the work of global partners like as the US government and international health teams.

Liberia has just set up a new Emergency Operations center to strengthen surveillance and share details with neighbors. WHO note the center is well placed to spot and react to any new cases of Ebola and other emergencies.

Vigilance and surveillance are now extremely essential as the virus may re-emerge from unpredicted quarters.

The present outbreak in West Africa has resulted in the biggest number of Ebola survivors in history. This provides some new risk scenarios for virus resurgence.