World Health Organization (WHO) Director-General Margaret Chan, MD, MPH on 28th Jan 2016 announced she has organized an emergency committee to discuss the increasing Zika virus risk in the Americas that has been highly associated with microcephaly and other neurologic problems. 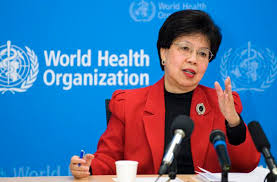 The Committee is planned to meet on 1st of February, when it will make a decision whether spreading of Zika virus constitutes a public health emergency of international concern.

Zika virus has propagated at an explosive rate through the Americas. The initial case of locally transmitted Zika in the region was claimed in May 2015 in Brazil; by the end of the year, local health bodies had approximated that about a million suspected cases had happened in the nation.

While Zika virus by itself only generally causes mild sickness, the Brazilian health authorities have also claimed a considerable raise in numbers of cases of microcephaly, a severe neurological problem among infants that is generally rare.

After determining Zika virus infection in some of the mothers of babies with microcephaly, experts have started to suspect there could be a causal link between Zika virus and birth problems and neurological conditions.

Since May 2015, Zika virus has been reported to 22 other nations and territories. This quick spread, combined with concerns about the neonatal malformations, has increased issues globally. At present, however, many health authorities are not able to confirm how severe the situation is.

The absence of confirmation is because of the fact that concise information regarding the virus and its possible effects is limited. In a media briefing on 28th Jan 2016, members of the Centers for Disease Control and Prevention (CDC) described the extent of what they know at the moment about Zika virus.

The principal deputy director of the CDC Dr. Anne Schuchat,, reported that laboratory assessments at the organization had highly recommended an association between Zika infection and poor pregnancy outcomes.

Dr. Schuchat stressed that it is essential for individuals to keep in mind that the scenario is quickly changing, and that as new information regarding the virus comes to light, health organizations may require to update their advice:

“At this moment in a relatively new health risk, information evolves quickly, and we assume that the scenario will continue to improve as we learn more.”

While research into Zika virus continues, the National Institutes of Health (NIH) are looking to speed up investigation into the virus, which includes diagnostics, therapeutics and possible vaccines.