The World Health Organization say for the initial time in last seven months, the number of new Ebola cases in West Africa has dropped below 100, and the emphasis of initiatives towards the disease is moving from slowing transmission to ending the outbreak. 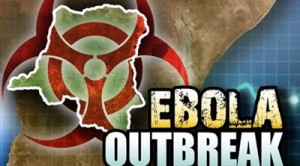 To achieve this target as soon as possible, resources have moved from quickly building infrastructure to discovering and dealing with new cases, providing safe burials and engaging communities, states the recent World Health Organization (WHO) situation statement on Ebola.

Various organizations are taking the led in each new area of focus.

WHO are working on case management, case finding, laboratory and contact tracing, the International Federation of Red Cross and Red Crescent Societies are working on safe and dignified burials, and UNICEF are working on community involvement and social mobilization.

“For the initial time since the week finishing June 29th, 2014, there have been less than 100 new proved cases claimed in a week in the three most impacted nations,” states the WHO report.

Entirely, these three nations have reported 22,057 proved, possible and suspected cases of Ebola epidemic and 8,795 deaths. Among these figures are 816 proved health worker infections, which includes 488 reported deaths.

Six other nations – Mali, Nigeria, Senegal, Spain, the UK and the US – have also revealed a case or cases that pass on from one of the 3 most affected nations.

The last of these was in the UK, where a health staff who came back from helping out in Sierra Leone was released from hospital on January 24th, 2015 after examining negative twice for Ebola virus disease.

Preparedness to quickly identify and react to Ebola exposure

WHO highlight that unaffected nations are still at possibility of importing a case of Ebola for as long as cases are claimed in any nation.

For this purpose, preparedness attempt aims to make sure all nations are prepared to identify, examine and report possible Ebola cases and mount effective responses. This assistance is offered via visits from WHO preparedness support groups, provision of direct technical help and guidance and methods.

To this end, UN agency has prepared a set of methods to assist nations enhance and speed up their readiness to identify and react to Ebola. One example is the WHO Ebola preparedness guidelines.

The WHO guideline determines 11 key factors and tasks for a nation to prepare its health system to identify and react to Ebola.

There is additional information, such as guidelines and training materials, on the WHO Ebola preparedness website.

At a latest UN African Union Stakeholder Conference on Ebola, UN special representative and head of the United Nations Mission for Ebola Emergency Response (UNMEER), Ismail Ould Cheikh Ahmed thanked govt and civil partners for their help thus far in the battle against Ebola and urged global initiatives to continue. He described that:

“The problem is still dangerous. There is even now Ebola in more than 25 of the 66 districts, counties and prefectures in the region. I request you all to keep support till the task is finished.”

The present Ebola epidemic in West Africa is unprecedented in world history, and so too is the reaction. Over 70 nations, 100s of organizations and thousands of individuals have been directly engaged in the battle to stop Ebola.

Ould Cheikh Ahmed pointed out the powerful part played by the African Union, which provided to mobilize 1,000 health staff from all over Africa to assist the affected nations. He says the reaction indicates Africa has “valuable resources” to support epidemics, and:

“The outbreak has turned, and we are now starting to see an entire downfall in the number of new cases.”

However, he adds that “preventing this epidemic even now needs considerable extra efforts.”

The UN lately released a new appeal for $1 billion to assist fund the Ebola response up to June 2015, which requires resources to support cross-border methods and integrated reaction and recovery efforts.

The conference also reviewed suggestions to recover the shattered economies and societies of the nations affected. These suggestions are predicted to lead the way at the European Union High Level Conference on Ebola on March 3rd, 2015.