According to World Health Organization (WHO) new report consuming processed meats can lead to colorectal cancer, while consuming red meats might also increase chance for the disease. 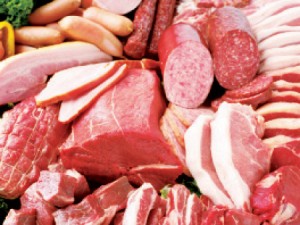 The report, gathered by a Working Group of 22 specialists throughout 10 nations on behalf of the WHO’s International Agency for Research on Cancer (IARC), is presented on 26th Oct 2015 in The Lancet Oncology.

Several studies have associated high intake of red and processed meats with higher risk for colorectal cancer, or bowel cancer, with connections being so powerful that they have influenced public health recommendations.

This latest report supports suggestions to decrease consumption of such foods, after discovering that every 50g of processed meats eaten daily – the equivalent to two pieces of bacon – may increase the chance for colorectal cancer by 18%.

While the report authors observe that the connection among red meats and cancer possibility was more challenging to establish, the research they analyzed recommend every 100 g of red meat consumed daily may increase colorectal cancer risk by 17%.

The specialists also discovered a association among high consumption of red meats and enhanced risk for pancreatic and prostate cancers, although to a lower extent.

Diets high in processed meats ‘might lead to 34,000 deaths yearly’

To reach their results, the IARC Working Group analyzed over 800 studies evaluating the connection between red and processed meats and several types of cancer.

The experts recognized “adequate evidence” from epidemiological research that higher intake of processed meats is dangerous to humans. In other terms, there is powerful evidence that a high consumption of processed meats leads to colorectal cancer.

Depending on latest data from the Global Burden of Disease Project, the specialists note that a diet high in processed meats may lead to around 34,000 cancer deaths throughout the globe yearly.

While the association between red meat consumption and cancer was dependent on constrained evidence, they state that diets higher in red meats may lead to about 50,000 deaths worldwide every year.

Posting comments on the outcomes of the review, Dr. Kurt Straif, head of the IARC Monographs Programme, states that:

“For an individual, the possibility of developing colorectal cancer due to the fact of their intake of processed meat continues to be small, but this risk escalates with the quantity of meat eaten. In view of the huge number of people who eat processed meat, the worldwide effect on cancer incidence is of public health importance.”

While the experts say their results support suggestions to decrease consumption of red and processed meats, they note that there is some nutritional advantage from such foods.

“Therefore,” says Director of the IARC Dr. Christopher Wild, “these outcomes are essential in allowing governments and international regulatory authorities to perform risk evaluations, to be able to balance the threats and advantages of eating red meat and processed meat and to offer the best possible dietary suggestions.”