Tuberculosis (TB) is one of the greatest killer because of single infectious agent globally, with a reported more than 1.2 million 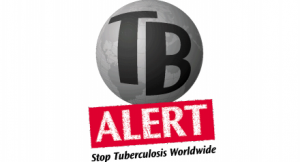 individuals dying from the this condition in 2012 and 8.5 million falling ill.

The WHO has recently declared a plan in which TB will be eradicated from 33 nations and territories where there are under 100 cases per million population, which includes the US.

Particularly, they describe a primary phase where the objective is to have less than 10 new TB cases per million individuals per year in the target nations by 2035. After this goal has been obtained, the target will be to reach full eradication by 2050: below 1 case per million per year.

More than 30 % of globe’s population attacked

Tuberculosis is an infectious illness triggered by bacteria. It is propagate from one individual to another individual by the germs being sent via the air by carriers coughing and sneezing.

More than 30% of the globe’s population has been attacked with TB bacteria, but are not sick with the condition and are not able to transfer it to others. There is around 10% possibility that individuals attacked with the bacteria go on to grow the disease, although this risk is greater in people with compromised immune systems.

The most frequent symptoms of TB are coughing, in some cases with blood and mucus, fever, night sweats, chest pains, exhaustion and weight-loss. These symptoms can often halt or worsen.

Significantly, TB is both treatable and preventable. Without appropriate therapy, more than 70% of individuals who develop the disease will pass away.

The Centers for Disease Control and Prevention document that in 2010, there were around 11 thousand cases of TB in the US; a rate of 3.6 cases per 100,000 individuals.

The framework was designed with professionals from nations with low rates of TB, making use of the latest WHO global TB approach as a base. The new structure and its execution were reviewed in a meeting of associates of the low TB-burden nations, co-hosted by the WHO and the European Respiratory Society and organised in Italy; one of the 33 nations addressed by the framework.

There is a target on techniques that have previously proven to be effective in treating TB, and 8 treatments are outlined specifically by the framework:

Lot of those most susceptible to TB are tough to reach communities of people who have issues obtaining health services. They consist of individuals who are poor and homeless, migrants etc.

WHO higher official Dr. Hiroki Nakatani states that lower TB-burden nations are currently capable to push down TB cases by 2035. “Worldwide health coverage, which guarantees everybody has accessibility to the health services they require without struggling financial problems as a outcome, is the foundation. The key is to focus on intelligent TB treatments towards the individuals who require them most.”

Director of WHO’s International TB Program Dr. Mario, says “nations with a low occurrence of TB are exclusively positioned to reach traditionally low levels of TB. They can serve as international trailblazers.”

Will this structure have an effect on the developing world? In 2012, the WHO revealed that 60% of new TB cases worldwide took place in Asia, and that sub-Saharan Africa had the biggest percentage of new cases per population with more than 250 cases per 100,000 individuals.

With the framework primarily focusing on nations in Europe and North America, what will these initiatives mean for those most impacted by TB?

Recently European Lung Foundation (ELF) says that, as a way to remove the disease in low-burden nations, it will be important to scale up TB prevention care in high occurrence nations, with concerted action and tight alliance between nations with high and low TB burdens important.