The US regulatory authority FDA recently stated via guidance it will provide green light to Abbreviated New Drug Applications (ANDAs) based on draft labeling. 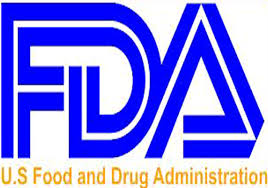 The guidance, which US FDA is applying without having prior public comment simply because the agency states it is a “less burdensome policy that is reliable with public health,” explains that the Office of Generic Drugs (OGD) will no longer need the submission of final printed labeling (FPL) to be able to accept an ANDA.

The acceptance of ANDAs depending on draft labeling, however, will take place only if the inadequacies in the draft labeling are of an editorial or minimal nature, and that the labels fulfill other agreed-upon suggestions, FDA says.

OGD earlier needed FPL prior to accepting ANDAs simply because FPL demonstrated an “appropriate presentation of the layout, color, prominence, readability and print size of a label, ” which permitted OGD to figure out whether the labeling conformed to content and formatting specifications.

But as ANDA labeling submissions progressed, especially with electronic versions, OGD identified that draft electronic types could allow an proper labeling evaluation prior to a final printed version is generated.

US FDA also describes that for carton and box labeling, OGD reviews the labeling to make sure that, among other things, it is sufficient from a safety viewpoint.

Adding to above comments US FDA mentioned:

“This assessment consists of a review of formatting elements like the colors applied, the size of font and style used to provide necessary details, and any other approaches used to make sure the necessary information is provided with suitable prominence.” Thus, draft versions of this labeling must indicate the content along with an appropriate representation of the layout, color, font size and style, and other formatting factors that will be applied with the FPL.”

This guidance from 04th of Oct 2015, replace the “Acceptability of Draft Labeling to Support a Tentative Approval” section of Office of Generic Drugs August 4, 1993, letter to industry and also replace the statement in the introduction of FDA’s proposed rule, “Abbreviated New Drug Applications and 505(b)(2) Applications,” that “final printed labeling is needed as a condition of approval [of ANDAs].”