A recently identified class of antibodies may offer the base for a new ” universal flu vaccine .” Scientists at McMaster University and the Icahn School of Medicine assume that this new flu shot could protect against the issues experienced in the present flu season of the annual flu shot not matching precisely against the predominant influenza strain. 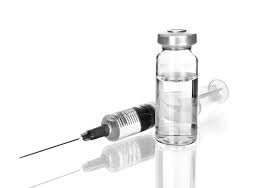 Recently Centers for Disease Control and Prevention (CDC) was encouraging “immediate vaccination” for any individual who has not had a flu shot for this season, as the flu season this season was expected to be particularly bad.

On the other hand, an increase in circulation of “drift variants” of A H3N2 influenza viruses resulted in the flu shot for this year – which was suggested by the World Health Organization (WHO) in February 2014 – being mismatched towards the main circulating strains and was allegedly less effective.

“Unlike seasonal vaccines, which should be given yearly, this kind of vaccine would only be given once, and would have the capability to protect towards all flu strains, even when the virus mutates. This would avoid the incident of flu epidemics and poor vaccine efficiency in the case of mismatches, which basically took place this year.”

The team in the beginning discovered the universal vaccine form of antibody to be much less effective at neutralizing influenza than the strain-specific antibodies. On the other hand, when the research team isolated the universal-type antibodies in their natural environment from human blood, both kinds of antibodies were identified to be similar in effectiveness.

Another discovery from the research was that the sub-type of antibodies situated in the lungs and upper respiratory system are particularly effective at neutralizing influenza.

Miller states that this discovery “is also very motivating and offers guidance as to what vaccine would be most effective for delivering a universal flu vaccine – that is, inactivated versus live-attenuated.”

The present flu shot is an “inactivated” vaccine. It comprises of virus particles that are developed under controlled environment and then killed utilizing a detergent. In an attenuated vaccine, the virus is maintained alive but its virulence is decreased.

Since the virus is alive in the attenuated vaccine, it is capable to duplicate in the upper respiratory tract without being capable of infecting the lung. As the live virus copies harmlessly, an immune reaction is generated.

Miller and co-workers are optimistic that a universal flu vaccine will be a reality inside the next 5-7 years.

Flu vaccine coverage continues to be lower among young kids overall. On the other hand, kids who need two doses of vaccine in one year are at particular danger, the authors of that research noticed, as less than half of these kids return to get a second dose after obtaining their first.