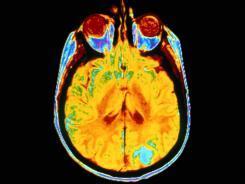 In a new study reported in Stroke: Journal of the American Heart Association, researchers reported that an individual suffering from a traumatic brain injury has a 10-fold increased risk of having a stroke within the first three months.
Senior study author and professor at the School of Health Care Administration, College of Medicine, Taipei Medical University in Taiwan, Herng-Ching Lin, Ph.D, said: “It’s reasonable to assume that cerebrovascular damage in the head caused by a traumatic brain injury can trigger either a hemorrhagic stroke [when a blood vessel bursts inside the brain] or an ischemic stroke [when an artery in the brain is blocked]. However, until now, no research had been done showing a correlation between traumatic brain injury and stroke.”

This is the first study that evaluates and identifies traumatic brain injury as a potential risk factor for consequent stroke.

An external force such as a smack, blow, or jerk to the head that interferes with normal brain function results in a traumatic brain injury. Falls, vehicle accidents, and violence, may be few of the causes.

Researchers also said that traumatic brain injury patients with skull bone fractures had a more prominent stroke risk than those without fractures.

Lin said that during the first few months and years following a traumatic brain injury, patients should undergo early neuroimaging examinations such as MRI and must receive intensive medical monitoring, support, and intervention. Furthermore, improved health education initiatives can increase public awareness about the causes of stroke as well as stroke symptoms in traumatic brain injury patients.

Lin concluded: “Stroke is the most serious and disabling neurological disorder worldwide. Our study leads the way in identifying stroke as an additional neurological problem that may arise following traumatic brain injury.”