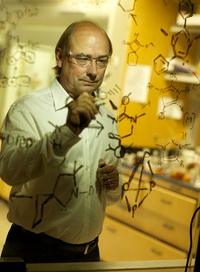 Something that was envisioned as unattainable has now been accomplished by Chemists at the University of California, Riverside by transforming a family of acidic compounds into bases.

Throughout academics, our chemistry lab sessions have presented us with a concept of acids as substances that taste sour and react with metals and bases (bases are the chemical contrary of acids). For instance, nitrogen and phosphorus compounds are basic while boron compounds are acidic.

According to a report in SCIENCE, the research presents a possibility for a wide range of chemical reactions including those employed by pharma and biotech industries, new material manufacturers, and academic research institutions.

Lead researcher and distinguished professor of chemistry, Guy Bertrand, said: “The result is totally counterintuitive. When I presented preliminary results from this research at a conference recently, the audience was incredulous, saying this was simply unachievable. But we have achieved it. We have transformed boron compounds into nitrogen-like compounds. In other words, we have made acids behave like bases.”

Bertrand’s UC Riverside lab focuses on catalysts. A substance, typically a metal which binds to ions or compounds, that helps in a chemical reaction without being consumed or altered by the reaction itself is called a catalyst. Similar to a car engine that enables an uphill drive, a catalyst is vital to the success of a chemical reaction. While there are only around 30 metals that can be used as catalysts, the binding ions or molecules known as ligands are numbered in millions thereby allowing for abundant catalysts. Most of the currently used ligands are either nitrogen- or phosphorus-based.

Bertrand said: “The trouble with using phosphorus-based catalysts is that phosphorus is toxic and it can contaminate the end products. Our work shows that it is now possible to replace phosphorus ligands in catalysts with boron ligands. And boron is not toxic. Catalysis research has advanced in small, incremental steps since the first catalytic reaction took place in 1902 in France. Our work is a quantum leap in catalysis research because a vast family of new catalysts can now be added to the mix. What kind of reactions these new boron-based catalysts are capable of facilitating is as yet unknown. What is known, though, is that they are potentially numerous.”

Bertrand explained a catalyst cannot be formed by using acids as ligands, but can be formed on using bases. While all boron compounds are conventionally acids, his lab succeeded in transforming these acidic compounds to behave like bases. The results were achieved by altering boron’s electrons with no change to the atom’s nucleus. Bertrand said: “It’s almost like changing one atom into another atom.”

During one of the regular brainstorming sessions, Bertrand’s research group happened to stumble upon the idea.

He said: “I encourage my students and postdoctoral researchers to think outside the box and not be inhibited or intimidated about sharing ideas with the group. The smaller these brainstorming groups are, the freer the participants feel about bringing new and unconventional ideas to the table, I have found. About 90 percent of the time, the ideas are ultimately not useful. But then, about 10 percent of the time we have something to work with.”

The National Science Foundation and the U.S. Department of Energy funded the research by providing grants to Bertrand.

In 2001, Bertnand – an internationally distinguished scientist- came to UCR from the French National research agency called the Centre National de la Recherche Scientifique (CNRS). The Joint Research Chemistry Laboratory of UCR-CNRS is under the Directorship of Bertnand.

He has numerous awards and honors to his credit, and has recently won the 2009-2010 Sir Ronald Nyholm Prize for his influential research on the chemistry of phosphorus-phosphorus bonds and the chemistry of stable carbenes and their complexes.

He owns a total of 35 patents and has authored over 300 scholarly papers.

Bertrand’s research was joined and backed by Rei Kinjo and Bruno Donnadieu of UCR; and Mehmet Ali Celik and Gernot Frenking of Philipps-Universitat Marburg, Germany.

A provisional patent application for the boron-based ligands developed in Bertrand’s lab has been filed by UCR’s Office of Technology Commercialization.