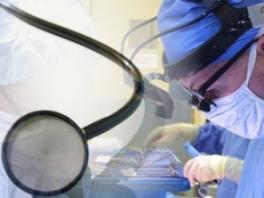 In view of the fact that three major access barrier issues in the country are presently hampering the growth of the medical device industry, the device sector has urged the government to look into this aspect with immediate effect. The industry strongly believes that this is the only way in which issues related to patients who are undiagnosed and untreated for heart ailments can be addressed.

Presently, the industry is hit be three main access barriers including, high expenditure or cost related barriers, geographic access, and lack of awareness about the latest technologies.

Country manager of St Jude Medical, Kaustav Banerjee, stated that these access barriers risk the patients’ lives in addition to having an impact on the industry. Patients eventually end up suffering due to non-availability of inexpensive health care.

He further went on to explain, “Medical technologies are relatively new concept in India, but are gaining momentum significantly. The regulatory environment is in its formative stage and the Indian regulators are helping to set up an environment, which encourages patient safety above all. However, there are still some gray areas that need to be highlighted. As of now, there is an urgent need to focus on affordability, as high cost is a major issue to reckon with. There is also lack of awareness amongst patients about the needs to be addressed along with problems related to accessibility or geographic access barriers.”

He stated that the access barrier related to affordability id changing over time due to the initiative taken by the government to improve compensation for the disadvantaged people, and due to increased awareness regarding private health insurances. Banerjee explained that both the government as well as the industry should join forces to tackle the issue of affordability
He said, “Both the government and the industry should synergize with each other so that it will help in the development of technologies that help to better manage chronic illness and ultimately reduce the cost of healthcare.”

He further suggested that developing the health infrastructures in tier II and tier III cities would eventually address the problem of geographic access barrier. He added, “To help with the awareness-related barriers, we are working towards creating awareness through our structured education curriculum. We aim to educate referral physicians about the symptoms and potential treatment options for cardiac problems such as arrhythmia, heart failure, sudden cardiac arrest, heart valve repair, and replacements etc.”

He stated that St Jude would always back-up government initiatives focused on enhancing quality standards of medical technologies marketed in India because these measures would enable the improvement of patient safety in the country.