Even though the Australian regulator says that it is even now seeing extended processing timeframes, the Therapeutic Goods Administration (TGA) states that it has cut the normal time taken to assess a mutual recognition agreement (MRA) GMP clearance application by around 10 weeks since June. 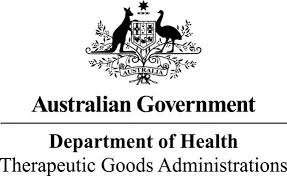 Back in May 2011, TGA started mandating that GMP clearance applications were needed for all drugs offered in Australia. As part of that procedure, TGA put out two guidance documents for sponsors who depend on overseas drug producers to be able to offer more information about what is an appropriate form of proof to ensure GMP compliance, and how to submit such an application.

TGA explains a number of specifications in the guidance and mentioned it is expecting sponsors to “remain cautious” in making sure the regulatory conformity of the overseas production sites they use.

“This has made a backlog of applications and has prolonged processing times. To deal with this, we have targeted on decreasing the biggest part of the backlog, particularly applications for manufacturers situated in nations with whom Australia has Mutual Recognition Agreement (MRA applications),” the TGA said.

And now TGA is reaping the benefits of those initiatives as the average time taken to process a MRA GMP Clearance application has dropped from 16 weeks in June 2015, to an average of 6 weeks as of 14 August 2015.

“To enable tracking of our progress on decreasing the backlog, we have began collecting data pertaining to the overall processing time (from the date payment is receipted to the date GMP approval is granted) for each MRA application completed since mid-June 2015,” TGA says.