As people get older, some changes take place in all body parts, which includes the brain. While specific areas of the brain reduce with age. Researchers from Massachusetts General Hospital (MGH) have identified that “super agers” – older adults whose memory and thinking abilities are similar to young adults – have no shrinking in brain regions associated with memory capability. 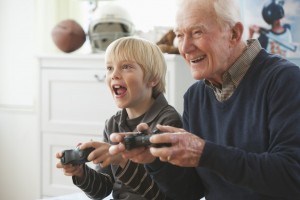 Specific parts of the brain reduce with age, generally the prefrontal cortex and the hippocampus. Both areas are linked with learning, memory, planning, and other complicated mental activities.

Shrinking of these brain areas kick-starts a decrease in a person’s capability to learn new things, recover information, and capability to execute tasks of attention, learning, and memory.

A study presented in The Journal of Neuroscience provides clues as to why some individuals – known as super agers – keep these abilities of long lasting memory and youthful thinking, and protect the brain regions that are connected to those abilities.

Co-senior authors of the study Bradford Dickerson, and Lisa Feldman Barrett, targeted to examine how super aging people vary from other older people who show predicted characteristics of memory destruction.

“Earlier study on super aging has compared individuals over age 85 to those who are middle-aged.” “Our research is interesting because we targeted on individuals around or just after common retirement age – generally in their 60s and 70s – and examined those who could remember along with people in their 20s.”

Touroutoglou and peers performed imaging studies on the brains of the super agers that unveiled that the prefrontal cortex and hippocampus (that typically shrink with age) were identical in size to those of young people.

“We considered a set of brain regions recognized as the default mode network, which has been connected with the capability to learn and remember new information, and identified that those areas, especially the hippocampus and medial prefrontal cortex, were thicker in super agers than in other older people. In certain cases, there was no variation in thickness among super agers and young people,” Touroutoglou says.

Barrett highlights that the study team also analyzed a group of areas in the brain referred to as the salience network – engaged in determining information that is essential and that requires attention for particular situations – and identified that various areas had maintained thickness among super-agers, which includes the anterior insula and orbitofrontal cortex.

No shrinking was noticed in these brain networks and, in addition, the size of these areas correlated with memory capability. The area in which the correlation was most apparent was at the intersection of the salience and default mode networks. Earlier research has revealed this area to be important in enabling various brain networks to communicate effectively.

“We consider that effective communication among these networks is very essential for healthy cognitive aging.”

“We seriously need to understand how some older people are capable to function very well into their 70s, 80s and 90s. This could offer essential clues about how to prevent the decrease in memory and thinking that comes with aging in most of us.”