While there is a general agreement that sugar consumption is not good for heart, this doesn’t hold true always. In the 1960s, when highest death toll of heart diseases was recorded in the United States, researchers were divided on the primary dietary contributors to the problem: sugar or fat? For a long while, studies blamed the latter, but recent research suggests that the sugar industry may have played a pivotal role in which way the finger was pointing. 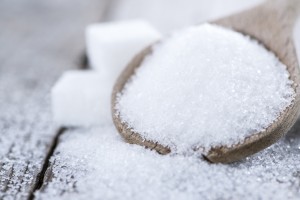 Recently, dentist-turned-researcher Dr. Christin Kearns and colleagues reignited the debate over the impact the food industry has over scientific research.

In JAMA Internal Medicine, the study team published a report revealing the findings of a study published in the 1960s that was funded by the Sugar Association – formerly the Sugar Research Foundation (SRF).

The SRF funding did not disclose mandatory conflict of interest until the 1980s – and there is evidence that the researchers of the 50-year-old study were paid to shift the focus away from the dangers sugar consumption poses to heart.

The study in question was published in The New England Journal of Medicine on July 27, 1967.

The research was carried out by Dr. Mark Hegsted, Dr. Frederick Stare and Dr. Robert B. McGandy at Harvard Medical School .The study reported that intake of dietary fats, instead of sugar, was the major cause of coronary heart disease (CHD).

In their report, Dr. Kearns and colleagues reveals the discovery of documents in public archives that demonstrate Drs. Stare and Hegsted were paid $6,500 – the equivalent of nearly $50,000 today – by the SRF to take their attention off the previous studies linking sugar to CHD.

According to UCSF  researchers , the documents show that in 1964, president of the SRF John Hickson – penned a memo indicating the SRF “embark on a major program” in order to redress “negative perceptions towards sugar,” and in a way he defended doing so was to  fund research to “oppose our critics.”

After one year, Hickson commissioned Dr. Hegsted and colleagues to undertake “Project 226” – explained by Hickson as “a review article of the several papers which find some specific metabolic peril in sucrose.”

Hickson provided Dr. Hegsted with a number of papers, and according to Dr. Kearns and team, the Harvard researchers “heavily opposed” studies that determined a link between sucrose – or table sugar – and coronary heart disease, while opposing the limitations of studies that related fat with the condition. The study concluded that minimizing consumption of fat is the only way to keep cholesterol levels minimal and prevent CHD. This, therefore, would recommend to the general population and policymakers that a high-sugar diet does not play a major role in CHD.

Commenting on their finding, Dr. Kearns and co-authors say:

“Collectively with other latest analyses of sugar industry documents, our findings suggest the industry sponsored a study program in the 1960s and 1970s that successfully cast doubt about the hazards of sucrose while promoting fat as the dietary culprit in CHD.”

Adding to above statment Dr. Kearns stated she was suprised to know the SRF began funding heart disease research as early as 1965 – and that their strategies to shift the focus off sucrose were so sophisticated.”