According to a study presented in BMJ, investigators find a noticeable difference and poor performance in the dissemination of clinical trial outcomes. 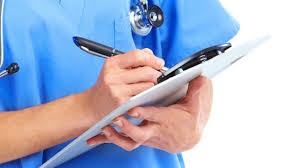 Dissemination of clinical trial outcomes by major academic medical centers in the United States stays poor, regardless of ethical obligations – and sometimes statutory requirements – to present results and report outcomes in a timely manner.

Investigators identified that only 29 percent of completed clinical studies lead by investigators at leading US academic centers were presented within 2 years of completion and only 13 percent reported outcomes on the largest clinical trial registry, ClinicalTrials.gov.

They say action is required to fix this lack of timely reporting and publication, “as they hinder the research enterprise and threaten to undermine evidence-based clinical decision making.”

Randomized clinical studies are the ideal means for analyzing the efficacy and safety of medical drugs and devices.

Timely dissemination of clinical trial outcomes is needed to honor the commitment of study subjects, advance the scientific process, and enhance clinical care, but small is known about the performance of academic medical centers in this endeavor.

US law also needs that certain studies be registered and their outcomes posted.

Yet earlier research have shown that between 25 and 50 percent of clinical studies stay unpublished, often years after completion, and that the outcomes of many studies are not reported promptly on trial registries.

So, a research team led by Professor Harlan Krumholz at Yale School of Medicine, analyzed rates of publication and reporting of outcomes within two years for 4,347 registered studies finished between October 2007 and September 2010 throughout 51 major US academic institutions.

Outcomes demonstrate that only  1,245 out of 4,347 (29%) of finished clinical studies lead by investigators at major US academic centers were presented within 2 years of study completion and only 547 out of 4,347(13%) reported outcomes on ClinicalTrials.gov.

However, no academic center presented more than 40 percent of finished clinical trials within two years of completion or reported outcomes for over 41 percent of its trials.

“We identified noticeable difference and poor performance throughout leading academic medical centers in the dissemination of clinical trial outcomes,” write the authors. And they indicate that there is “no effective enforcement mechanism and no repercussions to academic institutions or individual investigators” for failing to report outcomes.

“The lack of appropriate reporting and publication basically affects the research enterprise, violates the commitment made by investigators to sufferers and funders, squanders valuable time and resources, and threatens to compromise evidence-based clinical decision making,” they conclude.