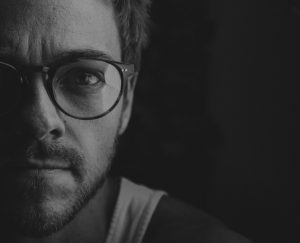 The average man and woman are working harder than ever before, and this is reflected by the fact that they spend $11.6 billion on brain supplements every year, according to Research and Markets. Essentially, people are striving to find those percentage changes that lets them work harder, better, and for longer. What clinical research is suggesting is that the basics might be better.

However, supplements still have a role to play. What science leans towards is a new generation of stimulants to provide the extra boost, but a greater reliance on simple methods to boost concentration. In the future, tech may have a role to play – but not just yet.

The role of stimulants

Stimulants are relied on by working people globally to provide extra impetus during the working day and high-stress situations. One of the most famous, caffeine, continues to prove successful, with 400m cups consumed in the US alone – daily. Alongside caffeine, various vitamin combinations and carbonated drinks provide a zap of energy to people on a daily basis. According to studies, some of the new brain focus supplements available have a demonstrable positive effect on concentration and brain ‘strength’. One study, reported in the WaPo, outlines how such supplements can benefit the hippocampus – the important ‘memory area’ of the brain. Clearly, stimulants have a role to play, even if they’re not the most sustainable measure.

New research has suggested that entirely natural routines can effectively boost brain the concentration and strength. A study by Tokyo’s Waseda University found that light exercise boosts cognitive power more than study-only or exercise-and-study. What does this mean? Essentially, taking part in exercise that requires no concentration – such as stationary cycling, or treadmill – can benefit your brain strength.

This simple approach is important. Reuter’s report outlines how Dr. Ratey of Harvard Medical School expanded on the findings, noting that intensive exercise would cause a drop in brain ability afterwards. According to Ratey, 80 to 90 percent of people will benefit massively from 30 minutes of light, ‘mindless’ exercise, to the benefit of their energy levels and ability to concentrate.

Is tech the future?

Right now, a combination of supplements and exercise seems to be the best way to get the most out of your brain (sleep notwithstanding). What does the future hold? In a nod to science fiction, researchers have developed memory-boosting brain implants that are mooted to help improve cognitive ability throughout life. According to the researchers involved, memory levels can jump 15% through the use of the implant. However, the widespread issuance of these devices is likely to be a matter for the future – keep your eyes, peeled, though.

In the short term, keeping your preparations basic is the best way to boost your concentration and overall brain strength. Supplements and stimulants provide a valuable boost for the average person to give themselves a lift, but aren’t the sustainable measure. Long-term, futuristic implants may well provide the memory and concentration boost needed.