Alzheimer’s disease diagnosis is still a difficult task for physicians, who depend on a combo of mental and physical assessments to identify the problem. In a new research, investigators explain how a smell test could boost the accuracy of an Alzheimer’s diagnosis. 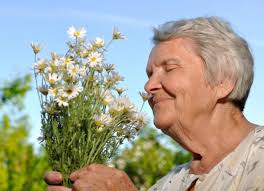 Alzheimer’s disease is a neurological condition characterized by memory issues and modifications in behavior. It is a very common type of dementia, accounting for about 60-80 % of all dementia cases in the United States.

Currently, there is no single way to diagnose Alzheimer’s. Physicians make a diagnosis via a series of examinations, which includes physical and neurological assessments, mental state testing, blood tests, brain imaging, and an assessment of medical history.

Earlier studies have recommended that sense of smell decreases with Alzheimer’s; as such, investigators have increasingly examined whether a smell test could be used to identify the disease.

A study reported in November, exposed how a set of olfactory assessments successfully determined sufferers with Alzheimer’s, and investigators identified that individuals with a decreased sense of smell were more probably to have brain irregularities connected with the disease.

The new study from Roalf and team provides support to such study, after discovering that a smell test enhanced the diagnostic reliability for Alzheimer’s disease and mild cognitive impairment (MCI), which is regarded a precursor to Alzheimer’s.

To attain their findings, Roalf and colleagues enrolled 728 older adults, of whom 292 were healthy, 262 had Alzheimer’s disease, and 174 had MCI.

The investigators examined the accuracy of cognitive testing alone for the diagnosis of Alzheimer’s and MCI, along with in combination with the SS-OIT.

The study team identified that the SS-OIT considerably enhanced diagnostic accuracy for sufferers; cognitive testing alone diagnosed MCI with 75 % accuracy, but this enhanced to 87 % when SS-OIT was included.

Similar outcomes were seen for the diagnosis of Alzheimer’s disease, and the team states that the SS-OIT even assisted to determine which sufferers had more advanced types of MCI.

“These outcomes recommend that a simple smell identification check can be a helpful supplementary tool for clinically categorizing MCI and Alzheimer’s, and even for determining individuals who are at the highest risk of worsening.”

While bigger dementia clinics have currently started using smell assessments as a diagnostic tool for Alzheimer’s disease in older people, Roalf notices that the most appropriate tests seem to take a long time to administer, which could be unsatisfying their widespread use.

As such, he and his colleagues prepare to create a faster, simple smell test for Alzheimer’s diagnosis.

“We’re expecting to shorten the Sniffin’ Sticks test, which generally takes 5 to 8 minutes, down to 3 minutes or so, and confirm that shorter test’s usefulness in identifying MCI and dementia – we think that will motivate more neurology clinics to do this type of screening,” says Roalf.

Additionally, the researchers plan to study whether protein markers of Alzheimer’s – which can be found in the brain region that is responsible for sense of smell – can be identified in nasal fluid. This, the team says, could enable earlier detection of the diseas