According to study published in journal Neuropharmacology, investigators at Tulane University and Southeast Louisiana Veterans Health Care System have developed a painkiller that is as powerful as morphine but isn’t probably as addictive and with less side effects. 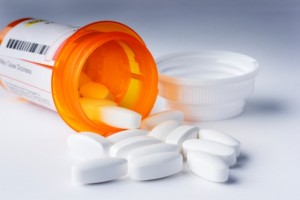 Using rats, researchers compared various engineered variants of the neurochemical endomorphin, which is identified naturally in the body, to morphine to evaluate their effectiveness and side effects. The peptide-based drug targets the same pain-relieving opioid receptor as morphine.

Opium-based medicines are the major therapies for serious and chronic pain, but they can be extremely addictive. Their misuse results in thousands of overdose deaths in the United States yearly. They can lead to motor impairment and possibly fatal respiratory depression. Sufferers also develop tolerance eventually, raising the risk for misuse and overdose.

Lead investigator James Zadina said, these side effects were absent or decreased with the new drug, it’s unprecedented for a peptide to provide such strong pain relief with so less side effects.”

In the research, the new endomorphin drug developed extended pain relief without substantially reducing breathing in rats; a equally potent dosage of morphine developed major respiratory depression. Problems of motor coordination, which can be of specific importance to older people, was major after morphine but not with the endomorphin drug.

The new drug developed much less tolerance than morphine and did not develop spinal glial cell activation, an inflammatory effect of morphine known to lead to tolerance.

Researchers performed several studies to test whether the drug would be addictive. One demonstrated that even though rats would spend more time in a compartment where they had obtained morphine, the new drug did not affect this behavior. Another test demonstrated that when the press of a bar produced an infusion of drug, the rats only increased efforts to get morphine and not the new drug. The tests are predictive of human drug misuse, Zadina said.