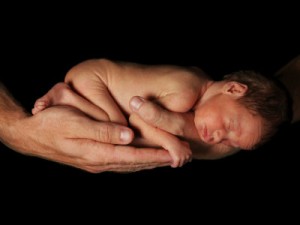 remature birth. The risk aspect is associated to a gene that codes for a protein that assists immune cells recognize and harm group B Streptococcus (GBS) bacteria.

Co-author of the study Dr. Victor Nizet says “Pregnant women are globally tested for these bacteria while in pregnancy and given antibiotics intravenously during labor if they test positive to safeguard the infant from infection”. Our work can explain why some mothers and their new born babies are at higher risk of getting severe GBS infections than others.

GBS is found in the vagina or lower GIT of 15-20% of healthy women. On the other hand, this bacteria can lead to risky, life-threatening infections – like as sepsis or meningitis – in premature babies.

Dr. Nizet and co-workers examined two proteins that combine to GBS. But while one of these proteins, Siglec-14, triggers the attack on the pathogen, the other, Siglec-5, inhibits immune response to the virus.

Led author of the study Raza Ali says We have one protein that explains the body to strike the virus and another that informs the body not to strike it.Figuring out the dual role of these receptors and how they are managed may offer insight for future therapies towards GBS.

By guiding antimicrobial reaction without extreme inflammation, the scientists think these proteins jointly balance the body’s immune reaction to pathogens.

The scientists identified that the strike-signaling protein, Siglec-14, is lacking in some individuals, and fetuses that do not have this protein are more at threat of early birth. The researchers think the early birth danger could be enhanced because the immune reaction to GBS is unbalanced in the fetuses.

“We identified this connection in GBS-positive but not GBS-negative pregnancies, highlighting the significance of GBS-siglec crosstalk on placental membranes.”

The study investigators believe that additional research into the two siglec proteins could be helpful in developing treatments towards not only GBS, but also chronic diseases, HIV and blood clotting, antibiotic-resistant infections.