In 2012, around 628,000 people died because of malaria, of which 450,000 took place among African kids below the age of 5 years. Now, scientists have discovered a compound that they say could be a possi 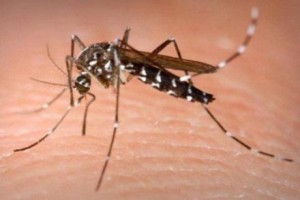 Malaria is a life-frightening disease triggered by Plasmodium parasites transmitted to humans from the bites of infected Anopheles mosquitoes. The very dangerous parasite is Plasmodium falciparum. Primary symptoms of the disease consist of headache, fever, chills and nausea. If neglected, it can cause to serious anemia, respiratory complications, cerebral malaria and death.

Malaria is very frequent among people – especially children – residing in sub-Saharan Africa. However, many people who stay in high-infection areas usually develop protective immune system responses that control malaria parasite levels in the blood, which means severe symptoms of the disease are avoided.

The study team – including researchers from National Institute of Allergy and Infectious Diseases (NIAID), Rhode Island Hospital and Harvard Medical School in Massachusetts- examined plasma samples of 788 kids aged 2 years from Tanzania in East Africa who were either vulnerable or tolerant to malaria infection.

After a set of gene-screening and lab exams, the scientists discovered an antigen known as Plasmodium falciparum schizont egress antigen-1 (PfSEA-1).

Additional tests on the antigen unveiled that it prevents a malaria parasite from leaving one red blood cell to get into another. This is a significant finding, with respect to research co-author Dr. Jonathan Kurtis, He explains:

“Many scientists are attempting to discover methods to develop a malaria vaccine by avoiding the parasite from getting into the red blood cell, and here we identified a way to prevent it from leaving the cell once it has come into. If it’s trapped in the red blood cell, it cannot go anywhere – it cannot do any additional damage.”

The study team then vaccinated 5 groups of malaria-exposed mice with the PfSEA-1 antigen. They identified that the mice confirmed lower malaria parasite levels and a extended lifespan, in comparison with mice that were unvaccinated.

The antibody levels in plasma samples from 455 of the Tanzanian children were then assessed. The scientists identified that throughout periods when the children had detectable antibodies to PfSEA-1 while in a high-infection season, no serious malaria took place.

To research additional, the team assessed the antibody levels in plasma samples of 136 males’ ages 12-36 who resided in an area of Kenya with high malaria infection. They identified that those with noticeable antibodies to PfSEA-1 had 50 percent reduced malaria parasite levels while in a high-infection season, in comparison with those who did not have these noticeable antibodies.

With respect to the researchers, these results recommend that PfSEA-1 could be a potential vaccine candidate that could work by on its own or in combo with other vaccines to deal with malaria at various stages of infection.