With all of the medical advances in latest history, it is in some cases unexpected that we have not yet discovered a treatment for the common cold. But a new design for rhinovirus-C reveals surprising structural variations, developing potential for the development of new cold medicines.

Scientists from the University of Wisconson-Madison, led by Prof. Ann Palmenberg, efficiently designed a 3D model of the cold virus, rhinovirus-C, which has been known as the “missing link” cold. 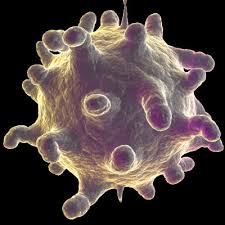 Outcomes of their results, which implement the genetic sequencing of this specific cold virus to make a topographical design of the capsid – protein shell, were released lately in the journal Virology.

Though 3D framework of the A and B families of cold virus have very long been well-known, rhinovirus-C was only first identified in 2006, when scientists identified it had been “lurking” in human cells along with the A and B strains.

The scientists describe that antiviral medicines function by linking themselves to the surfaces of a virus, changing them along the way. They explain this procedure as discovering the right piece of a jigsaw puzzle, which must effectively “fit and lock into the virus.”

Because the medical community has not been capable to precisely explain the surface of rhinovirus-C, that meant pharmaceutical organizations that were developing cold medicines were basically “flying blind.”

To develop a design of the cold virus, Prof. Palmenberg and her group applied superior bioinformatics and the genetic sequences of 500 rhinovirus-C genomes. They say these provided the 3D “coordinates” of the viral protein cover.

“The concern we wanted to answer was how it is distinct and what can we do about it? We identified it is indeed quite distinct,” claims Prof. Palmenberg.

She notices that the new design, which is considerably various from other strains of cold viruses, reveals why past medicines have unsuccessful in studies against rhinovirus.

The group states that the medicines that work well towards the A and B strains were developed particularly to take advantage of their surface features. These structures were identified years ago applying a technique known as X-ray crystallography, but it could not determine the rhinovirus-C structure.

Holly A. Basta, lead author, states that dependent on the new structure, “we calculate you’ll have to make a C-specific medicine. All the [existing] medicines we examined did not work.”

The scientists’ states that it is commonly considered rhinovirus-C is accountable for up to half of all childhood colds, and it can be a severe problem for those who experience from respiratory problems, such as asthma.

Along with the A and B strains, the C virus is accountable for millions of illnesses each year, charging the US more than $40 billion yearly. When considering of building new medicines, Prof. Palmenberg claims this new C structure will trigger medicine developers to re-think the design:  “It has a distinct receptor and a distinct receptor-binding platform. Due to the fact it’s different, we have to go after it in a distinct way.”