A new research presented in the Journal of the American Society of Nephrology makes way for a new therapy for preeclampsia, one of the very common and devastating problems in pregnancy. 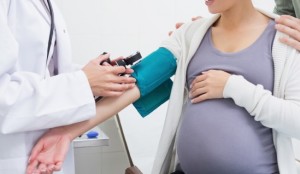 Preeclampsia is one of the primary reasons of babies being born prematurely. It is a hypertension disorder, which means it is characterized by high blood pressure. Hypertensive problems of pregnancy, like preeclampsia, complicate around 10% of pregnancies globally.

Preeclampsia generally takes place following the 20th week of pregnancy, and usually near term. There is a danger that preeclampsia goes unnoticed as it can be superimposed on other hypertension problems.

Other characteristics of preeclampsia consist of uncommonly high amounts of protein in the pregnant woman’s urine. Finding this in routine tests is usually how preeclampsia is diagnosed.

Till now, the only way to react to preeclampsia has been the early removal of the growing child and placenta from the uterus. For the long term health of the baby, maintaining it in the uterus for as long as feasible, assuming development continues is more suitable. Untreated, pregnancy for women with preeclampsia will continue only a further 3 days.

Investigators have now come with one of the initial treatments for preeclampsia that may extend pregnancy.

Therapy extended pregnancy for up to 15 days

The therapy consists of focusing on the elimination of soluble Fms-Like Tyrosine Kinase-1 (sFlt-1) in women with serious preterm preeclampsia.

Lead author Dr. Ravi Thadhani and his colleagues performed an open pilot research to assess the safety and effectiveness of eliminating sFlt-1 from the blood via a process known as apheresis.

The blood of the mother was passed via equipment lined with a material that holds to sFlt-1 and maintains it while the rest of the blood is then came back to the circulation.

The process was examined in 11 pregnant women with extremely preterm preeclampsia (23-32 weeks’ gestation).

Those treated once continued their pregnancy for an average additional 8 days, while those handled several times lasted a additional 15 days. Such a therapy is particularly essential for those women suffering from very preterm preeclampsia. “Extending pregnancy enables the baby to mature, considerably reducing problems,” notes Dr. Thadhani.

According to Dr. Thomas Easterling, of the University of Washington in Seattle,

“Achieving a further week of gestational age in a premature infant at the gestational ages studied is essential and, given the cost of care in the neonatal ICU, most likely cost-effective.”

The quantity of protein eliminated in the urine was considerably decreased by the therapy and for a short time; the women’s blood pressure was decreased.

“Depending on latest advances in the understanding of this problem, we and others are establishing therapies for preeclampsia to enable women to safely extend their pregnancy if they are struggling from very preterm preeclampsia.”