A new research, presented in the Journal of the American Society of Nephrology, examined the long-term effect of red meat consumption on kidney health. Their results justify the present caution recommended in regard to red meat and organ health. 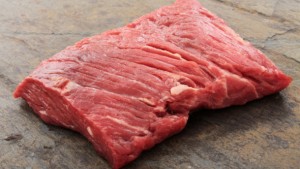 Red meat, like beef, lamb, and pork, can be provided as part of a healthy diet. But, as with a lot of dietary components, it is best to restrict the amount taken.

For example, the American Institute for Cancer Research suggests consuming no more than 18 ounces of red meat a month because of its associations with specific cancers, which includes stomach cancer.

A research, presented in JAMA in 2012, documented 23,926 deaths and determined that red meat intake was connected with an enhanced risk of cardiovascular problems and cancer death rate.

The present research ,even more examined red meat’s possible effect on kidney health. This research  was performed at Duke-NUS Medical School and Saw Swee Hock School of Public Health at the National University of Singapore.

A rising number of individuals are developing chronic kidney disease (CKD); worldwide, an approximated 500 million individuals have CKD. Many sufferers with CKD go on to develop end-stage renal disease (ESRD). This is a critical situation that needs dialysis or kidney transplant.

Presently, a decreased protein consumption is recommended to patients with CKD to slow the progression to ESRD. However, the role of various protein sources in the development of ESRD has not been examined formerly.

Investigator Woon-Puay Koh and her team delved into data from the Singapore Chinese Health Study, which involved over 63,000 adults, aged 45-74. They connected the data with the Singapore Renal Registry, which holds the information of all Singapore ESRD patients. The entire aim was to uncover the role of various protein sources on kidney health outcomes.

“We embarked on our research to see what advice must be given to CKD sufferers or to the general population concerned about their kidney health with regards to kinds or sources of protein intake,” describes Koh.

The individuals were followed up for an average of 15.5 years. During that time, 951 cases of ESRD took place; the resulting data demonstrated a clear trend.

Other sources of protein – fish, eggs, dairy, and poultry – demonstrated no link with the development of ESRD. In addition, soy and legumes appeared to perform a slightly protective role.

“Our results recommend that these people can still maintain protein consumption but think about switching to plant-based sources; however, if they still select to eat meat, fish/shellfish and poultry would serve better options to red meat.”