When we are sick with a viral infection, it is due to the fact the virus has entered cells in our body and taken over their machinery to make duplicates of it-self. Identifying approaches to interrupt this procedure is essential for antiviral drug development. Now, a new research shows how the flu virus depends on a protein in the host cell to assist it complete its goal. 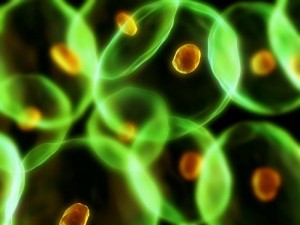 The research team lead by investigators at Imperial College London in the UK – reports the results in the journal Nature and indicates they may lead to developments in how we deal with pandemic and seasonal flu, which infects more than 800 million individuals globally every year.

Flu pandemics take place when a flu virus that has been circulating in bird populations undergoes a modification that enables it to infect mammal cells. Otherwise, an avian flu virus cannot generally infect mammals.

Senior author of the study Wendy Barclay, states that:

“All human flu viruses in the entire world actually came from birds. However, luckily for us, viruses don’t frequently jump from birds to individuals due to the fact the virus can’t duplicate in our cells.”

Earlier research have proven there are a variety of reasons why avian flu viruses cannot simply duplicate in human cells – generally due to incompatibilities among virus components and the host cell.

One such incompatibilities surrounds the activity of an enzyme – known as RNA-dependent RNA polymerase – that exists in the avian virus and that it requires to duplicate. Author notes that, the enzyme has “poor activity” in human cells.

Prof. Barclay and colleagues decided to investigate what facilitates the flu virus duplicate within host cells in more detail by infecting hamster-chicken hybrid cells with avian flu virus and observing what happens.

They experimented with a variety of hybrid cells made by inserting fragments of chicken DNA into hamster cells and then examining whether avian flu viruses were able to replicate inside them. The idea was that any cells that the virus can replicate in must contain the protein necessary for avian virus polymerase to do its work.

After monitoring which cells the avian flu virus duplicated in, they assessed which chicken genes were present and recognized that a protein known as ANP32A was accountable for enabling the virus to duplicate.

Mammals also have a version of ANP32A, but it is significantly smaller than the avian protein, and avian flu viruses are unable to use it until they carry a specific mutation, note the authors.

The results are essential because they show the type of switch an avian flu virus has to undergo to be able to jump from birds to humans.

Adding comments to the above statement prof. Barclay said:

“Until now, we haven’t fully understood why the bird flu virus has to modify in order to hijack the human cell machinery. Our study revealed this is all because of a cell protein called ANP32A.”

She and her team also performed additional experiments and identified that the human ANP32A protein was essential to the seasonal flu virus duplicating in human cells. When they took out the protein, it ceased virus infection.

The next step would be to research therapies that could block this specific interaction between virus and host cells in order to stop infection.