Winning sports teams have long influenced business leaders, but now their approaches are impacting pharmaceutical investigators. The Oakland A’s upended baseball hiring in 2002 by forgoing the usual understanding for an objective numbers analysis known as sabermetrics – made well-known by the film “Moneyball”. Influenced by the “Moneyball” strategy, a study presented in Cell Chemical Biology has gone beyond the usual understanding in pharmaceutical analysis to develop an objective, machine-learning program known as PrOCTOR (predicting odds of clinical trial Outcomes using Random-forest) to forecast drug toxicity in human beings. 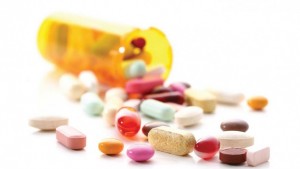 Researchers generally consider a handful of rules based on evaluations of a drug’s molecular structure to take decision on if an untested drug is safe or toxic. But regardless of this industry convention, almost 1/3rd of drugs that don’t succeed clinical studies do so due to unbearable side effects.

“Individuals had feelings about specific aspects being significant in drug toxicity, and there was not a lot of  science driving these judgement calls.”

When the senior author and his co-authors crunched the figures on the traditional rules in a test model, they identified that the common “Veber Rule” inappropriately forecasted that more than 3/4th of FDA accepted medicines would have been too toxic for clinical studies. Lipinski’s Rule of Five wrongly judged 73% of medicines that failed clinical studies due to toxicity as safe enough to pass.

To develop their tool PrOCTOR , the investigators used a decision-tree machine-learning design and examined whether neglected data might be similarly or more significant to safety forecasts than the traditional structure-based rules. PrOCTOR incorporates data from 48 various features, which includes descriptors of a drug’s structure like as molecular weight, along with a host of information about the drug’s targets (the molecules in the body to which medicines combine to be effective).

The investigators trained PrOCTOR on a huge dataset of 784 FDA accepted drugs and 100 medicines that unsuccessful clinical studies with toxicity issues; they then examined the model on 100s of drugs accepted in Europe and Japan and on an even bigger database of 3,236 drugs not included in PrOCTOR’s training set of data.

Over-all, PrOCTOR appropriately forecasted drug toxicity in test models and even flagged approved medicines that were afterwards examined for reports of serious side effects.

“We are seeking to accelerate the drug discovery procedure,” . “A lot of drugs look promising at first, then once they arrive at clinical trials stage they don’t succeed because they are toxic. We are attempting to give investigators an early caution.”

However, researchers determined that a PrOCTOR score must be evaluated in context. Various FDA-approved medicines in the study were flagged as possible failures, but on deeper research, the majority of these medicines were life-saving cancer treatments with a naturally high possibility for toxic side effects.

The PrOCTOR model worked well when details regarding the drug’s target were offered; on the other hand, the study authors observe that this details is not usually accessible while in drug development. Furthermore, many drug firms don’t put out information about why a specific drug failed in human trial.

First author Kaitlyn Gayverts say, “If superior clinical study data is reported in the future, we will be capable to make superior forecasts.” Since PrOCTOR is a machine-learning-based tool, it offers a possibility to forecast a lot more than just a toxicity score.

“One of the big concerns we would like to deal with is forecasting the particular kinds of toxicity.” “We would like to see if we can not only forecast that the drug will be toxic, but be capable to inform what particular toxicity kinds to expect.”