Prescription painkillers function by binding to brain receptors and reducing perceived pain. But these medicines can also deve 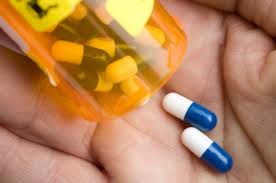 lop a sense of excitement, resulting in physical addiction and dependency. In the first ever assessment of existing study into the topic, scientists have revealed exactly how many deaths happens because of such drugs – which exceed deaths from heroin and cocaine combined – have increased.

The scientists, from McGill University in Canada, have presented their outcomes in the American Journal of Public Health.

With respect to the team, the US and Canada rank number one and number two in per capita opioid intake, accordingly.

And in 2010 in the US by itself, prescribed painkillers were concerned in more than 16,000 deaths.

These kinds of medicines lead to sedation and slow down a individual’s respiration, but due to the fact people who are abusing prescription painkillers generally take bigger doses to experience the euphoric effect, their respiration can slow down a lot that it stops, causing in an overdose.

The Centers for Disease Control and Prevention (CDC) express that in 2010, more than 12 million individuals reported using prescription painkillers devoid of a prescription or for the experiencing they cause.

About half of all deaths because of opioids involve at least one other drug, states the CDC. This contains benzodiazepines, cocaine and heroin, and also alcohol.

“Prescription painkiller overdoses have obtained a lot of focus in editorials and the well-known press, but we desired to figure out what strong evidence is out there.”

To research, he and his team performed a systematic evaluation of present literature, such as only reports with quantitative proof of factors leading to enhanced opioid-related deaths in both the US and Canada in between 1990-2013.

Prof. King describes that he and his team also “desired to determine why 1000’s of individuals in the US and Canada are dying from prescription painkillers each year, and why these rates have risen continuously while in the previous 2o years.”

From their study, the team recognized 17 factors of increasing opioid-relevant mortality that they categorized into three types: prescriber behavior, user behavior and characteristics, and environmental and systemic factors.

Prof. King describes that the main factors were:

Enhanced prescription and sales of opioids

Enhanced use of powerful, long-lasting opioids (including Oxycontin and methadone)

Combined use of opioids and other medicines and alcohol

“We identified little proof that Internet sales of pharmaceuticals and mistakes by physicians and sufferers – aspects commonly reported in the media – have played a important role,” he adds.

Although their results are important, the scientists say the factors work independently but “interact in complex ways that differ according to location and population,” which indicates it is not recommended to make generalizations from single research.

Furthermore, they note that most of the research in their evaluation were ecological or observational and was missing control groups or adjustment for confounding aspects.

As such, the group says avoiding prescription painkiller-relevant deaths will most likely need interventions that address several factors and focus on specific locations and populations.

However, Prof. King states that their results point to an outbreak that physicians, users, the health care system and the environment all perform a role in:

“Our work offers a trusted summary of the feasible reasons of the epidemic of opioid overdoses, which must be helpful for physicians and policy makers in North America in determining out what additional research requires to be done, and what techniques might or might not be helpful in decreasing future mortality.”

“And as initiatives are made to improve accessibility to prescription opioids outside of North America,” he adds, “our results might be helpful in avoiding other nations from following the same direction as the US and Canada.”