Proton pump inhibitors (PPIs), class of drugs commonly employed in the treatment of heartburn or chest/throat pain, acts by bringing down the amount of acids produced in stomach thus preventing their reflux into the esophagus. But this class of drugs is found to be a potent risk factor for ischemic stroke. 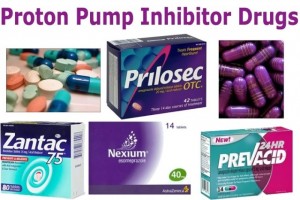 In the current study, it was found that the risk of ischemic stroke with the use of proton pump inhibitors (PPIs) was increased by a fifth in nearly 245,000 subjects from Denmark. The cause of their stomach pain or indigestion was determined through endoscopy and the subjects were examined for use of one of four PPI’s namely omeprazole (Prilosec), pantoprazole (Protonix), lansoprazole (Prevacid), and esomeprazole (Nexium). They were then followed up for an average of 6 years and noted that during that period, 9489 subjects experienced a first time ischemic stroke.

The researchers investigated whether the usage of any of the four PPI’s led to ischemic stroke risk. It was observed that the subjects using PPI’s were at 21% higher risk of ischemic stroke as compared to those who were not using. It was also reported that out of the four PPI’s, pantoprazole (Protonix) raised the risk of stroke by 94% and lower doses of PPI’s did not show any significant risk of stroke. Along with this, the researchers accounted for various factors including age, gender, high blood pressure, atrial fibrillation and usage of other drugs to poorer cardiovascular health. H2 blockers, another group of medications used to treat heartburn, were not shown to increase the risk of stroke.

While the mechanism involved in PPI’s induced stroke is not known yet, the researchers caution patients about the inappropriate usage of over the counter drugs. The results were published at the American Heart Association’s Scientific Sessions 2016, held in New Orleans, LA.

Leaving comments on their study, Dr. Thomas Sehested said “At one time, PPIs were thought to be safe, without major side effects. This study further questions the cardiovascular safety of these drugs.” He adds, “we know that from prior studies that a lot of individuals are using PPIs for a much longer time than indicated, which is especially true for elderly patients”.