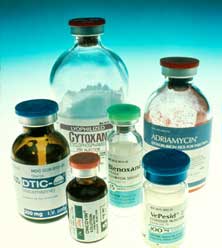 Indiana University researchers were astonished by the overwhelmingly positive results of an experimental carboplatin-decitabine combination therapy administered to late stage ovarian cancer patients who had developed carboplatin resistance. A larger human study that will test the two-drug combination with existing ovarian cancer treatment will soon be conducted by researchers.

Nearly 70% of the trial participants responded positively to the carboplatin-decitabine combination therapy. Biomarkers that help in the identification of patients who are likely to respond to this therapy, are believed to be discovered by researchers.

Cancer researcher at the IU Medical Sciences Program-Bloomington and at the Indiana University Melvin and Bren Simon Cancer Center, Kenneth Nephew, said: “The potential that this regimen is efficacious, combining decitabine with the carboplatin therapy, is very exciting. It’s well tolerated and didn’t have any dose-limiting toxicities. We could enroll patients with confidence because of these results.”

Researchers explained that ovarian cancer, which is an aggressive and incurable cancer, accounts for the fifth largest cause of cancer death among women in the US is. Carboplatin is the treatment of choice for patients with ovarian cancer; however, after a couple of treatment rounds, patients with recurring ovarian cancer develop resistance to medication. Subsequent to developing carboplatin resistance, the patients normally do not survive for more than one year due to the absence of any effective second-line treatments. All the 17 female trial participants were at an advanced stage of ovarian cancer and were resistant to carboplatin. Following their treatment with the experimental combination, 12 participants experienced a significant decrease or a complete arrest in their tumor growth. Nephew said that the tumor was untraceable in one of the women, although cancer progression resumed after about 336 days.
Lead investigator and a physician-scientist at the IU Simon Cancer Center, Daniela Matei, MD, was amazed by the elevated rate of positive effects. Matei has spent the last 10 years treating ovarian cancer patients and has performed several human studies. She added that it was surprising to see the number of women who remained in remission for at least six months.

Globally, out of 200,000 women diagnosed with ovarian cancer each year, 125,000 women die from the disease. Nearly 22,000 new cases of ovarian cancer are detected in the USA annually and 15,500 women are consumed by it. In this day and age, it is unfortunate to not have any effective means for the early detection of cancer.