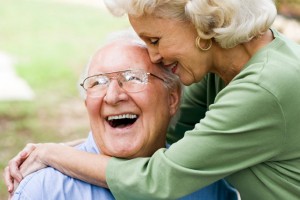 The research, reported at the Alzheimer’s Association International Conference in Washington, D.C., is the initial Alzheimer’s disease clinical study to employ delayed-start method.

In this instance, delayed-start methodology included randomly splitting people with Alzheimer’s into two distinct groups. First group was treated with solanezumab for one and half year while the other group was given placebo. After 18 months, the placebo group then started therapy with solanezumab. This “delayed-start period” was then carried out for an additional 24 months.

“This new analytical approach allowed us to evaluate if solanezumab had an effect that is steady with reducing progression of condition by changing the underlying disease development, which, up till now, has not been studied.”

Alzheimer’s disease is a dangerous neurological condition that can cause dementia and progressive loss of memory. Industry experts consider that about 5.3 million people in America are affected by this condition.

Damage takes place when proteins accumulate in the brain, developing structures well-known as plaques. These plaques obstruct the connections among nerve cells, eventually killing the cells and resulting in the loss of brain tissue.

Solanezumab is one type of therapy being studied as a potential treatment for people with mild types of Alzheimer’s disease. It works by holding to proteins known as amyloid-beta, enabling them to be removed before they accumulate and form plaques in the brain.

The outcomes come from the secondary analysis of data generated by three studies. EXPEDITION and EXPEDITION2 were similar phase 3 randomized, double-blind placebo-controlled studies lasting for 18 months. EXPEDITION-EXT was the name provided to the delayed-start period, in which the placebo groups started treatment with solanezumab.

A total of 581 subjects with mild Alzheimer’s condition finished the study – 295 from the early-start group and 286 from the delayed-start group.

Advantage in beginning treatment ‘sooner instead of later’

As it was, the outcomes showed that people who had the start of therapy delayed were not able to “catch up” with people whose therapy began sooner, indicating that the therapy may slow the development of the disease instead of just decreasing symptoms.

“The outcomes support the potential advantage of beginning treatment with solanezumab earlier instead of later in disease progression, and recommend there is persistence of therapy effect even after the delayed-start sufferers are provided the medicine.”

Liu-Seifert, a study advisor at Eli Lilly (Eli Lilly manufactures Solanezumab) says that their results support the study design and delayed-start analysis plan for the upcoming stage of the studies – EXPEDITION3 – for which the final patient is predicted to be seen in October 2016.