U.S. based one of the leading Pharmaceutical company Bristol-Myers Squibb ( BMS )and Japan based Ono Pharmaceutical Company, Ltd. recently declared that the organizations have agreed on an international patent license agreement with Merck & Co. Inc. to negotiate all patent-violation lawsuits relevant to Merck’s PD-1 antibody Keytruda (pembrolizumab). According to BMS, the deal will lead to the dismissal with prejudice of all patent lawsuits in between the organizations relevant to Keytruda. BMS and Ono, who identified and developed the PD-1 antibody Opdivo (nivolumab), had stated in lawsuits that Merck’s sale of Keytruda infringed the companies’ patents pertaining to the use of PD-1 antibodies to treat cancer in the US, Europe (Some nations in Europe), Australia, and Japan. 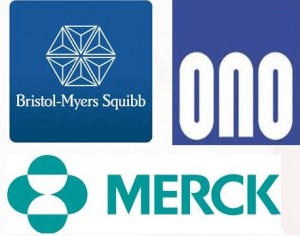 As part of the contract, Merck will pay $625 million to both BMS and Ono as an initial payment. Merck is also required to pay on-going royalties on worldwide sales of Keytruda of 6.5 percent from 1st January 2017, through 31st December 2023, and 2.5 percent from 1st January 2024 through 31st December 2026. Under the contract, the organizations have also given specific rights to each other under their respective patent portfolios relevant to PD-1. The royalties will be shared between BMS and Ono in 75 and 25, respectively.

“Bristol-Myers Squibb and Ono’s settlement with Merck protects our scientific findings and validates the robust intellectual property rights we secured as the early innovators in the science of PD-1, a major mechanism in Immuno-Oncology that has confirmed to have transformational effect in cancer care”. Today’s deal is also a good decision for sufferers as it supports the continuation of on-going research and keeps access to anti-PD-1 therapies for cancer sufferers all around the world.”

Opdivo is a programmed death-1 (PD-1) immune checkpoint inhibitor that is developed to distinctly harness the body’s own immune system to assist restore anti-tumor immune reaction. By harnessing the body’s own immune system to deal with cancer, Opdivo has turn out to be an essential treatment choice throughout multiple cancers. Opdivo was the initial PD-1 immune checkpoint inhibitor to get regulatory approval anywhere in the world in July 2014, and presently has regulatory acceptance in 60 countries which includes the United States, Japan, and in the European Union.