The US based pharma giant “Bristol Myers Squibb’s (BMS)” Opdivo seems to be on its way towards  acceptance in yet another type of cancer after showing outstanding survival rates, this time for sufferers with the aggressive and fatal advanced head and neck cancer. It demonstrated that over a third of sufferers taking the immuno-oncology medicine for advanced cancer were continued to be alive after a year when the entire survival average is 6 months. 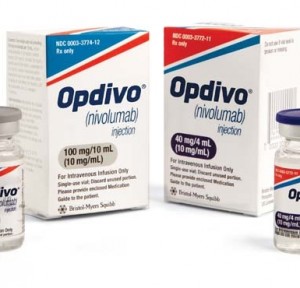 The data was published less than a week after Merck’s competitive immuno-oncology drug Keytruda was placed on track for an FDA priority review for dealing with head and neck cancer, setting it up for marketing approval by August.

In the Opdivo research of 361 sufferers, which researchers were capable to end early, the PD-1 inhibitor prolonged the average survival rate of cancer sufferers to 7.5 months in comparison to 5.1 months for those on any one of 3 standard of care therapies, BMS said.

More significantly, lead researcher Dr. Maura Gillison informed Reuters, the research identified that 36 percent of sufferers taking Opdivo for the head and neck cancer survived for a minimum of 12 months.

The very significant thing is the variation in the proportion of sufferers who survived to a year. In a condition that was uniformly quickly fatal, we are seeing a subset of the population certainly being helped.”

The study identified that Opdivo was effective irrespective of whether the head and neck cancer was positive or negative for human papilloma virus (HPV), one of the major risk aspects for the condition. The benefit was higher for HPV-positive sufferers, with average overall survival reaching 9.1 months in comparison to 4.4 months for the standard therapies, BMS reported.

That data was presented the day after BMS published outcomes from another study demonstrating that 34 percent of sufferers taking Opdivo for melanoma, the most dangerous type of skin cancer, continued to be alive after 5 years of therapy.

Bristol-Myers and Merck are examining their medicines towards a host of cancers, as solo therapies and in combination with other cancer medicines as they each shoot for preeminence with these new-generation medicines that harness the immune system to fight cancer.