According to new research presented in Rheumatology, if individuals at risk of rheumatoid arthritis (RA) take more omega-3 fatty acids, usually found in fish and fish-oil supplements, they can most likely reduce their chance of developing the condition 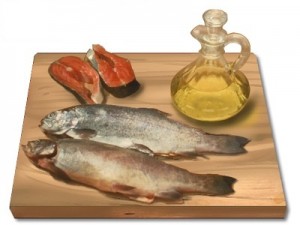 According to the Centers for Disease Control and Prevention (CDC), “RA leads to premature death, disability and a reduced quality of life in the developed and developing nations.” It can start at any age, and it leads to fatigue and extended stiffness after rest.

Rheumatoid arthritis (RA) is a systemic inflammatory condition impacting multiple joints in the body. It generally presents in the lining of the joints (synovial membrane) but can affect other organs. A greater prevalence of cardiovascular disease (CVD) has been noticed among sufferers with RA.

Pain, inflammation and redness are frequent joint symptoms, and as the lining of the joint become inflamed, cartilage and even bone become eroded, often resulting in joint deformity.

The actual reasons are unknown, but it is believed to be due to a faulty immune response, in which the body’s immune system leads to inflammation in the tissue that allows joints to move. Auto-antibodies, or immune proteins, are considered to target the body’s tissues and organs mistakenly.

Family history can assist forecast if a particular person is likely to have the autoantibodies that precede the disease’s progression.

There is no cure for RA, but particular exercise approaches can help to manage it. There is also some proof that dietary factors may help.

DHA and EPA may reduce protein that regulates immune response

Investigators wished to know if sufferers with greater omega-3 consumption would have a reduced risk for developing RA.

They examined self-reported data about omega-3 intake from 30 individuals who had autoantibodies for RA and 47 control patients who did not.

Just 6.7% of the sufferers who had the autoantibodies for Rheumatoid arthritis reported consuming an omega-3 supplement, in comparison with 34.4% in the control group. Blood tests also revealed that those with the autoantibodies for RA were “considerably more likely” to have reduced levels of 3 important omega-3 fatty acids than the control patients.

It seems that two of the essential omega-3 fatty acids, DHA and EPA, may be useful in suppressing a specific protein that controls the intensity and duration of the immune response.

“There was a quite substantial variation in the blood levels of omega-3 fatty acids among the people who took omega-3 supplements and those who did not.”

Norris adds that genetics may also perform a role in the effectiveness of omega-3 in individual patients at risk of developing RA.

This is the initial study to obtain a link between omega-3 and the autoantibodies that result in RA among sufferers who are at risk but have yet to develop the disease.

Regardless of the small number of individuals, the outcomes suggest that omega-3 may assist protect against RA by protecting against its development while in the phase before symptoms arise.

Next, investigators wish to monitor a larger sized group of sufferers over a extended period, which includes those with the RA autoantibody, to see how the disease advances.

Omega-3 is found in cold-water fish, like as salmon or mackerel, along with in dietary supplements derived from fish or algae; but food sources only might not be sufficient to offer beneficial results because modern farming practices have reduced the quantity of omega-3 in many foods by as much as 40-fold since the 1900s.

The investigators suggest a healthy, balanced diet that contains fish rich in omega-3 fatty acids, along with 1-3 grams of fish oil a day, for those who may be at danger for RA and perhaps other inflammatory conditions, to be able to reduce the risk of developing them.