It is good time for diabetes drug manufacturers, top 10 pharmaceutical companies producing diabetes medicines generated around $62 billion in sales in 2014 which means it increased by 5.1% compared to 2013.

This is based on a report from the data analytics company Global Data which stated that Novo Nordisk is in the top position with $11.3 billion diabetes sales last year followed by Sanofi and Merck with sales of $10.7 and $7.4 billion respectively.

Novo Nordisk relies on its GLP-1 powerhouse, Victoza (liraglutide) and its basal insulin Levemir to drive its sales, but it does have a few novel products up its sleeve that could help in maintain its position. Tresiba, a new basal insulin, has recently hit the European market and Ryzodeg, a combo of Tresiba and Novo’s insulin aspart NovoLog, released in Mexico previous year. 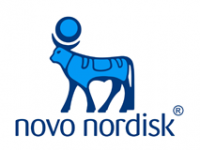 Novo Nordisk is also working hard on a new oral diabetes drug, known as OG217SC, it is an oral formulation of its injected, long-acting medicine, semaglutide. New drugs are in the arsenal and solid sales for its present diabetes medicines could move the firm closer to its target of doubling sales in the coming decade. Novo CEO Kåre Schultz previous year stated by 2020, 40 million people suffering with  diabetes will be making use of Novo’s drugs, increasing sales by a minimum of 10% per year.

Sanofi takes the second position on the list, while its blockbuster Lantus generates lower than stellar numbers for the drug manufacturer. The basal insulin generated about €1.6 billion in sales in Q1, down 5% worldwide and down 13% in the U.S. market in light of pricing force. But new drugs Lyxumia, Toujeo and Afrezza also chipped in sales, providing the firm a boost as it prepares itself for biosimilar competition to Lantus.

Merck settled in third position, the organization counts on its Januvia franchise to lead sales, but the firm faces mounting generic competition for Januvia and combination pill Janumet. Still, Merck carries on to charge ahead with its DPP-4 medicines. Merck recently announced that Januvia passed a key heart safety hurdle and the positive trial reports could be sufficient to boost 2020 sales of Januvia and Janumet by up to 10%.

Roche Continues to be at the Top in Oncology Sales

Physical Appearance of Generic Drugs to be Similar to RLD