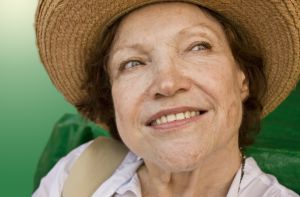 According to a new unique study, Menopause is found to have little to no impact on susceptibility to diabetes in women.
In the national clinical trial conducted in 1,237 high-risk diabetes women between the ages of 40 and 65, postmenopausal women, who either experienced menopause or had their ovaries removed, were found to have no higher risk for diabetes.

Lead author and associate professor of internal medicine and obstetrics and gynecology at the University of Michigan Health System, Catherine Kim, MD, MPH, said: “In our study, menopause had no additional effect on risk for diabetes. Menopause is one of many small steps in aging and it doesn’t mean women’s health will be worse after going through this transition.”

Kim and colleagues, who are a part of the Diabetes Prevention Program Research Group, will publish their findings in the August issue of Menopause.

The results also focus on the impact of diet, exercise, and hormone replacement therapy (HRT) on the health of postmenopausal women.

According to previous studies, menopause accelerates diabetes progression in postmenopausal women since they have relatively higher levels testosterone, a hormone considered to be a risk factor for diabetes. However, the recent study demonstrates healthy outcomes for postmenopausal women.

Diabetes Prevention Program is a clinical trial in adults with glucose intolerance (tests establishing body’s effort to process glucose or blood sugar into energy), and the women in the study were enrolled in this program.
A condition that is more common later in life, diabetes is diagnosed when the body has abnormally high blood sugar levels, and Glucose intolerance is often a precursor to diabetes. Age, weight, physical activity, and family history are some of the contributing factors to type 2 diabetes.

However, researchers of the Diabetes Prevention Program have demonstrated that in people with glucose intolerance, progression to diabetes can be prevented by lifestyle intervention and the use of blood sugar-lowering drug metformin. Postmenopausal women have been found to respond well to these interventions.

Menopause is marked by the end of menses where ovaries cease to produce estrogen thereby limiting any chances for pregnancy. Menopause is said to occur around the age of 51 or 52 for women in the US.

Only one menopause study, which specifically examined the impact of diabetes on women who had natural menopause and those who had their ovaries removed, was considered for research because most other studies either combined them together or excluded one group.

According to the new study wherein 100 women were observed every year, only 11.8 cases of premenopausal women developed diabetes, compared to 10.5 cases of women with natural menopause and 12.9 cases of women who had their ovaries removed.
However, the occurrence of diabetes was extremely low in women whose estrogen production ended as a result of ovaries removal and engaged in lifestyle changes. For every 100 women observed each year, only 1.1 women developed diabetes.
Exercising for at least 2.5 hours a week and losing 7 percent of body weight were a part of the lifestyle changes. For example, a loss of 12.6 pounds was absolutely beneficial to a 180-pound postmenopausal woman.
Unexpected results were observed from this group bearing in mind that HRT was advised to almost all women who had their ovaries removed. Doctors and women are often apprehensive about HRT because it is a regime feared to be a risk factor for a host of health issues.

Study authors are of the opinion that further research is required to establish the association of hormone therapy with diabetes risk. Kim says: “Physicians can be empowered to tell women that lifestyle changes can be very effective, and that menopause does not mean that they have a higher risk of diabetes.”