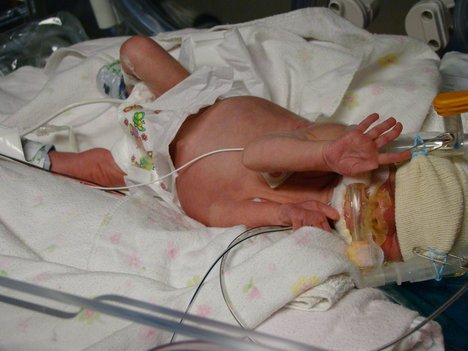 In a study published in the International Breastfeeding Journal, researchers from Canada reported that weight loss in newborns, whose mothers were administered IV fluids during labor, could be due to their endeavor to standardize their hydration rather than not getting enough breast milk.

According to the recommendations by the author, this new finding should be taken into consideration since newborn weight reduction is a measure of whether or not a baby is breastfeeding well and if there is a need to commence formula milk.

Senior researcher from the School of Nursing at the University of Ottawa’s Faculty of Health Sciences, Prof Joy Noel-Weiss, and team embarked upon determining the relationship between IV fluids administered to the mother during labor but prior to C-section delivery, neonatal output measured by diaper weight, and newborn weight loss.

Prof Joy Noel-Weiss said: “Nurses, midwives, lactation consultants, and doctors have long wondered why some babies lose substantially more weight than others even though all babies get small amounts to eat in the beginning. It appears neonates exposed to increased fluids before birth might be born overhydrated, requiring the baby to regulate his or her fluid levels during the first 24 hours after birth.

We should reconsider the practice of using birth weight as the baseline when calculating newborn weight loss in the first few days following birth. For mothers and their breastfed babies, accurate assessment of weight loss is important. Although more research is needed, based on our findings, we would recommend using weight measured at 24 hours post birth as a baseline.”