Researchers from NYU Langone Medical Center have proof that monoclonal antibodies they created may offer an approach to develop useful treatments for Alzheimer’s disease and other neuro-degenerative conditions, like Parkinson’s disease. 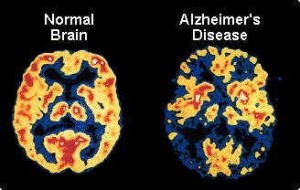 A team lead by Fernando Goni and Thomas Wisniewski MD, director of the Center for Cognitive Neurology at NYU Langone, revealed that a new class of monoclonal antibodies effectively targeted proteins that result in the hallmark beta-amyloid plaques and irregular tau proteins that are identified to accumulate in Alzheimer’s and other neuro-degenerative problems. The monoclonal antibodies were also effective at targeting proteins related to Parkinson’s growth.

The study team’s results were published at the Alzheimer’s Association International Conference on July 19, 2015 in Washington, D.C.

Monoclonal antibodies are antibodies developed by only one single, particular kind of cell and all have the same activity. They can be purified and implanted in any organism to generate a required effect.

The new study indicates that monoclonal antibodies developed to particularly target the problem causing proteins in soluble, aggregated states, may be preferably suited to dealing with neuro-degenerative conditions.

Earlier study has demonstrated that most neuro-degenerative conditions such as Alzheimer’s, Lewy Body and other dementias, Parkinson’s and prion conditions develop and advance along identical paths. In each condition, a specific protein goes through a switch in its shape from a soluble, physiologically efficient protein to a protein that has lost the capability to carry out its needed tasks in the brain, starting off a chain reaction of binding to one another with little control. These aggregates turn out to be toxic to brain cells.

In earlier research, Drs. Goni and Wisniewski examined their concept that attacking an early type of these proteins when they modify their shape could protect against their development into aggregates that result in plaques and tangles, or neutralize their capability to spread all over the brain, and end the development of a specific neurological condition. They identified that their monoclonal antibodies responded to an intermediate, or “oligomer” condition of the amyloid and tau proteins observed in Alzheimer’s disease, along with to prion disease proteins.

In their new research, they identified the monoclonal antibodies’ binding nature to oligomeric types of a protein known as alpha-synuclein, which builds up and presents in Lewy body that contains neurons of Parkinson’s disease sufferers.

In their recent research, scientists examined three various monoclonal antibodies, each of which holds to amyloid and tau and also reverses Alzheimer’s-like damage to brain tissue in animals. They identified that all 3 monoclonal antibodies combine to the oligomeric types of alpha-synuclein. Then, they validated the antibodies’ affinity for these structures inside neurons using brain tissue samples from individuals with Parkinson’s and Alzheimer’s condition.

“We have been establishing this approach for several years, and now we have outcomes. Other labs are attempting related approaches; the significance of this strategy is being progressively recognized.”

Scientists have plans for additional animal assessments of their monoclonal antibody regimen, on its own and in combo with other strategies, before going forward to clinical studies.