A major percentage of finished drug clinical trials, specially those financed by industry, are not shared to the public, years after being finished. A trend that “harm the reliability of the clinical research literature in the USA,” with respect to study lead researcher. 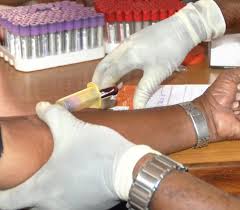 The research, presented in the journal PLOS ONE, identified that about 30 % of 400 randomly chosen clinical trials finished in 2008 had not published, 4 years later, in either publication in a journal or the posting of outcomes to the ClinicalTrials.gov (CTG) web site.

“People who volunteer for clinical trails generally do so out of a sense of altruism,” stated Gill. “I can visualize that many would be dismayed to understand that the outcomes of a study that they taken part in, that they took physical challenges for, might never produce outcomes known beyond the company that financed the trial.

“Science learns from mistakes, and also successes,” he stated. “If we only understand about the scientific achievements stories, we are actually only seeing part of the picture.”

Gill and a previous student, Hiroki Saito, identified that 118 of the 400 clinical studies did not outcome in publication within 4 years of completion. The average length of time from completion to public disclosure was 600 days.

Among industry-financed trials, rates of publishing to the CTG site were higher for phase III or IV studies, but incredibly low for phase II trials.

As an entire synthesis, these results offer strong proof of reporting bias”, says Gill and Saito. They also stated that the connections between publication or posting rates and financing sources “merit further concern, and may indicate differing motivations” among scientists.

Among academics operating under a “publish or perish” design, and who represent the more major part of non-industry financed trials, the research phase “may be less crucial than the need to post research results in journals,” Gill and Saito said. By comparison, the pharmaceutical sector may present more outcomes for products that have advanced to phase III or beyond and are identified to be commercially viable.

Gill and Saito recommended that regulatory specifications could be driving the variations in rates of publishing outcomes to the CTG. Among industry-financed, phase III or IV studies, the greater part of scientists published their outcomes at around one year from completion – coinciding closely with a one-year timeline set up in 2006 by the Food and Drug Administration Amendments Act (FDAAA).

Irrespective of the factors, Gill and Saito stated, visibility in clinical trials is “an important public health good. The public should be informed if the premise of a clinical studies was proved or invalidated, and expects that, once a research relating to human subjects is finished, its outcomes will be released in the medical literature or published to some other open-access platform.”

They stated that to be able to maintain the public’s trust in clinical study, and to protect the constancy of the scientific literature, “it is essential that the research community unite around the common objective of increasing transparency.”

In 2012, Gill revealed that among US-based, industry-financed phase II or higher clinical trials, less than 25 % had published their outcomes to CTG within a year of completion. Another research identified that, among National Institutes of Health-financed studies, 32 percent stayed unpublished after the average follow-up of 51 months from completion.