In 2007, International Agency for Research on Cancer (IARC), an agency of World Health Organization (WHO), concluded that night shift work is likely to raise the risk of cancer, particularly breast cancer. A recent review of over 1.4 million women challenges this conclusion, after revealing night shift work had minimal or no effect on breast cancer occurrence. 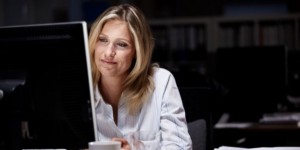 Research co-author Dr. Ruth Travis and colleagues published their findings in the Journal of the National Cancer Institute.

It is well established that shift work can affect the body’s circadian rhythm – the behavioral, mental and physical modifications that take place over a 24 hour cycle, which primarily dependson light and darkness in the environment.

Circadian rhythm interruption has been associated with an array of healthproblems, which includes sleep problems, obesity, diabetes, depression, and bipolar disorder.

“The majority of the human research accessible at that time wasretrospective in design, comparing responses from women already diagnosed with breast cancer with those from unaffected women”. Some retrospective outcomes might have been biased by differences in recall, and/or by differential participation in the research between women who have and haven’t worked at night.”

“Data from a number of large prospective studies [is] required to offer straight answers on connections with potential risk factors for cancer, such as night shift work.”

Studies on how night shift work may impact women’s risk of breast cancer have been carried out by Dr.Travis and colleagues for almost a decade.  The investigators analyzed data from 3 huge U.K. studies, which includes 522,246 individuals from the Million Women Study, 251,045 women from UK Biobank, and 22,559 women from the European Prospective Investigation into Cancer and Nutrition-Oxford (EPIC-Oxford) study.

All subjects offered details on their working patterns, and were followed up for incidence of breast cancer.

Further, the research team combined the data from the 3 U.K studies with data from 7 published studies that assessed the connection between night shift work and breast cancer.

No higher breast cancer risk, even with 3 decades of night shift work

Altogether, the 10 research involved a total of 1.4 million women. Among women who reported ever working night-shifts, 4,660 cases of breast cancer were reported.

Overall, compared with women who did not report working night shifts, the relative risk of breast cancer was

The investigators conclude that their findings suggest women who work night shifts – regardless of how long they have followed such working patterns – have the same risk of developing breast cancer as women who don’t work night shifts.