Pancreatic cancer is the one of the leading cause of cancer deaths in the United States and has the low overall success rate of all major cancers. With present treatment choices being fulfilled with minimal success it is expected that pancr 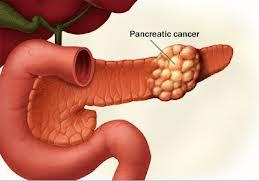 eatic cancer will move up to the 2nd major cause of cancer deaths by as early as 2015. Surgical removal of the tumor provides the best opportunity of survival, however only 15% of sufferers are qualified due to the late stage of diagnosis common with this problem. With very restricted developments in individual outcome over the past twenty years there continues to be a huge need for new treatments and therapy choices.

David Durrant, a Ph.D. student is studying a new combination treatment for the therapy of pancreatic cancer. The conventional chemotherapy medicine, doxorubicin (DOX), has long been applied in the therapy of various cancers. However, sufferers generally obtain resistance to DOX simply because of enhanced activation of particular survival proteins or via enhanced expression of drug transporters which decrease cellular levels of the medicine. This is particularly true for pancreatic cancer, which does not react to multiple therapy strategies, such as those that consist of DOX. The present research concentrates on targeting these resistance mechanisms, which could probably re-sensitize cancer cells to DOX, providing sufferers with pancreatic cancer another choice in their fight towards this devastating disease.

In the present study, Mr. Durrant utilized pancreatic cancer cells to evaluate the effectiveness of combining DOX with a drug that prevents the survival proteins engaged in DOX resistance known as BEZ235 (BEZ). The outcomes revealed that therapy with the combination of DOX and BEZ had considerably lower rate of surviving pancreatic cancer cells than the cells with single drug therapy. This associated with the raise in DNA damage and apoptosis. More interestingly, mixing BEZ with DOX triggered considerably greater accumulation of DOX in the cancer cells. These outcomes show a dual function for BEZ i.e., its main function of inhibiting survival proteins implicated in drug resistance and, a novel function of conquering drug export, and thus maintaining DOX in the cancer cells. In addition, the

In-vitro influence of combining and DOX in increased killing of cancer cells was proved in the in-vivo model. Therapy with BEZ and DOX in mice bearing pancreatic tumor xenografts occurred in inhibition of tumor development as in contrast to BEZ and DOX alone.

These interesting outcomes of mixing BEZ with DOX in improved killing of pancreatic cancer cells may guide to clinical studies and possibly assist in the development of a feasible treatment choice for sufferers with pancreatic cancer.