By using an algorithm to functional magnetic resonance imaging, researchers have been in a position to see emotions at work in the human brain. 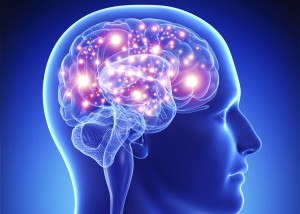 The study outcomes recently presented in the journal PLOS Biology – could allow better evaluation of emotional states, which may assist people who have difficulty to express their feelings.

With respect to the study team which includes Prof. Kevin LaBar, it is well recognized that movies, music, and other outside stimuli can lead to emotions that are reflected in patterns of brain activity.

But what about past psychological experiences? Can the feelings caused by the recollection of a birthday celebration or the memory of the loss of a loved one be showed in brain activity?

This is what the study team determined to examine in their new research.

The investigators observe that previous studies have unveiled that functional magnetic resonance imaging (fMRI) can distinguish between thoughts of specific objects, like as a face or a house.

In this research, the investigators used an algorithm – incorporating various models of emotional experience – to the fMRI scans of 21 university students.

“We examined whether these 7 brain maps of emotions took place spontaneously while individuals were relaxing in the fMRI scanner without having any emotional stimuli being presented.”

On evaluating brain patterns that took place 10 seconds prior to each participant’ self reported emotional state, the investigators identified that they were capable of accurately forecasting their emotions.

Bolstering the reliability of their results, Prof. LaBar and colleagues notices that the brain data gathered quickly after subjects entered the fMRI scanner unveiled signs of anxiety. “That is what we would expect to see for most individuals when they initially enter the machine.”

The study team then used their algorithm to the fMRI scans of a additional 499 participants who were part of the Duke Neurogenetics Study.

These subjects were needed to rest in the fMRI scanner for nearly 9 minutes, and after their scans, the investigators collected details on how depressed or anxious the participants experienced, as identified by scores on psychological questionnaires.

Applying their “sadness” and “fear” brain maps, the investigators identified they were capable to predict the participants’ depression and anxiety scores.

In addition, the investigators identified their algorithm was also capable to determine personality traits of anger, anxiety, and depression.

With respect to the team, this study offers proof of concept that emotional states can be recognized from brain scans – a finding that could have considerable clinical implications.

Leaving comments on the study outcomes, the authors say:

“Here we demonstrate that brain-based models of particular emotions can identify individual variations in mood and emotional characteristics and are reliable with self-reports of emotional experience while in intermittent periods of wakeful rest.

More essentially, the outcomes recommend that brain-based models of emotion may help evaluate psychological status in clinical settings, especially in people incapable of offering self-report of their own psychological experience.”

In specific, Prof. Kevin LaBar believes their brain maps of emotion could benefit individuals with alexithymia – a psychological problem characterized by poor understanding, identification, and expression of one’s own feelings, along with the feelings of others.

The maps might also be helpful in clinical studies, as they could assist test the effectiveness of anti-anxiety drugs and other treatments that regulate emotions.