Researchers have identified a new gene that may have the potential to protect against human immunodeficiency virus (HIV) from growing any further, once it goes into the body, in accordance to a research published in the journal Nature. 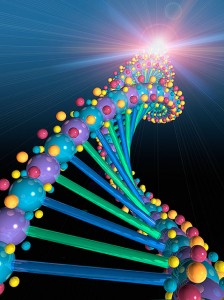 Scientists from King’s College London in the UK say that the gene, known as MX2, is efficient and less toxic in its therapy against HIV, the virus that results in acquired immunodeficiency syndrome (AIDS). For the research, the scientists performed studies on human cells, in which they released the HIV virus to two distinct cell lines. One cell line had the MX2 gene “switched on,” while the other cell line had no MX2 gene expression.

Professor Mike Malim of the Department of Infectious Disease at King’s College London, states that, “This is an incredibly interesting discovery which advances our comprehension of how HIV virus reacts with the immune system and opens up possibilities to create new treatments to cure the disorder. Till now, we knew very little about the MX2 gene, but now we identify both its effective anti-viral function and a key point of weaknesses in the life cycle of HIV.”

In accordance to the Mayo Clinic, HIV patients are mostly suggested to take a minimum of 3 various anti-HIV medicines, in order to prevent developing a form of drug resistance. However, several of these medicines can cause critical side effects, such as abnormal heartbeats, shortness of breath, skin rash, weakened bones and even some times bone death.

“Although individuals with HIV are residing longer, healthier lives with the virus, thanks to present effective therapies, they can usually be toxic for the human body, and drug resistance can turn out to be a problem with long-term use,” says Professor Mike Malim. He notes down that, it is essential to keep on discovering new approaches of mobilizing the body’s natural defence system, and the MX2 gene seems to play an essential role to initiate viral control in HIV patients.

“Developing medicines to stimulate the body’s natural inhibitors is an extremely essential method, because you are triggering a natural process and for that reason we would not have the problem of drug resistance,” he adds.