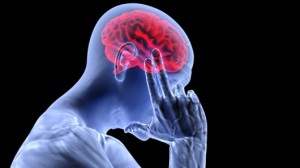 Researchers in Germany have identified a new blood test that may provide early diagnosis of Alzheimer’s disease and other neurodegenerative disorders. The group is from Saarland University and Siemens Healthcare explains their test in the open access journal Genome Biology. They identified that it could be applied to differentiate among people with Alzheimer’s from healthy individuals without dementia.

Alzheimer’s disease, the very common type of dementia, can presently only be diagnosed with certainty at autopsy, so there is significant interest in discovering reliable, non-invasive biomarkers for diagnosis in living individuals.

Head of the research Andreas Keller concentrated on microRNAs, along with his peers from Siemens Healthcare, Saarland University, and 3 other German universities, as well as The Scripps Research Institute, California. The small non-coding RNA molecules are identified & modified to impact the way genes are expressed, and micro RNAs can be observed in the circulation of body fluids, which includes blood.  The team pointed out and tested a ‘signature’ panel of 12 micro RNAs among 48 patients with Alzheimer’s and 22 healthy people and identified distinct levels in the people with the dementia. After these observation researchers designed the tests in a bigger group of 202 individuals, containing not only patients with Alzheimer’s disease it also contains healthy controls, but also patients with other neurological and neurodegenerative problems.

Here, the test that diagnoses diseases can also differentiate people with Alzheimer’s from the  individuals with normal health but was also able to recognize other problems.

To achieve such promising results, helpful biomarkers require being accurate, sensitive (correctly identifying people with the disease) and in particular (correctly filtering out people without the disease). The new diagnose test scored highly on all 3 measures. It was: 93% accurate, 95% sensitive, 92% specific.

However, the writers warn that while their blood test reveals obvious promise, it still requires to be confirmed for clinical use, and may gradually work best when mixed with other standard diagnostic tools, such as imaging. Since patients with other brain disorders can often show Alzheimer’s-like symptoms, the group also viewed for the micro RNAs signature in other patient groups. Interestingly, when the 12 micro RNAs were selected for their prospective to distinct Alzheimer’s disease from healthy people, the same signature was more than 95% accurate in differentiating controls from people with different psychiatric disorders, such as schizophrenia, depression and bipolar conditions. It was significantly less accurate (around 82%) in differentiating patients with other neurodegenerative disorders, such as mild cognitive impairment, Parkinson’s disease and multiple sclerosis, from the controls. The diagnosis test was also capable to differentiate between Alzheimer’s patients and those with other neuro degenerative disorders, with an accuracy of about 75%.

The research at Saarland develops on past research highlighting the potential of micro RNAs as blood-based biomarkers for a lot of diseases, such as numerous cancers. It also indicates that micro RNAs could generate helpful biomarkers for different brain problems and sheds further light on the mechanisms supporting Alzheimer’s disease. Two of the micro RNAs are identified to be engaged in an amyloid precursor protein processing, that by itself is engaged in the development of plaques, which is a classic characteristic of  disease. In addition, a lot of the micro RNAs are considered to impact the growth and shape of neurons in the building brain.