In last several years testosterone replacement therapy has enhanced significantly, with a growing number of men aged 40 and older attempting to prevent the hormonal effects of aging. However, some investigators warn there may be risks to the treatment. A new research indicates it may raise the risk of severe blood clots. 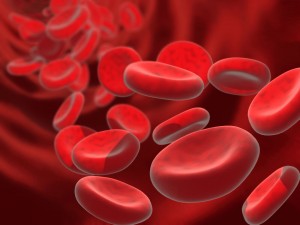 To reverse the negative results of aging, many men seek androgen hormone replacement therapy, generally in the form of testosterone.

Testosterone is the hormone that is accountable for masculine growth and development while in puberty. Testosterone levels normally reduce with age.

After the age of 40, many men are clinically diagnosed with hypogonadism, a problem where the body does not generate sufficient testosterone. As an outcome, men may experience symptoms identical to that of the female menopause.

Testosterone is generally recommended in hypogonadism, as it can enhance muscle strength and sex drive. A growing number of men have been looking for the treatment, with research showing that the number of testosterone therapy prescriptions in 2000-2010 has almost tripled.

But there are caveats. In June 2014, the United States Food and Drug Administration (FDA) – in collaboration with Health Canada – required that testosterone products carry a caution about the risk of developing blood clots, or venous thromboembolism (VTE).

Evaluating the risk of VTE in testosterone therapy

A study team of global investigators – led by Carlos Martinez of the Institute for Epidemiology, Statistics and Informatics GmbH in Frankfurt, Germany – made the decision to examine the risk of VTE connected with testosterone therapy in men, with a focus especially on the timing of the risk.

The study – presented in The BMJ – gathered data from over 2.22 million men registered with the UK Clinical Practice Research Database in between January 2001 and May 2013.

Of these, they viewed at 19,215 affected individuals with confirmed VTE – which includes deep venous thrombosis and pulmonary embolism – and 909,530 control individuals of the same age.

Investigators recognized 3 main, mutually exclusive exposure groups: present treatment, recent – but not current – treatment, and no treatment in the past 2 years.

Present treatment duration was separated into more or less than six months.

Testosterone users have a 63 % greater risk of VTE

Following adjusting for comorbidities and other influencing factors, investigators approximated the rate ratios of VTE in connection with current testosterone therapy and compared it with no treatment.

In the initial 6 months of testosterone treatment, investigators identified a 63 % enhanced risk of VTE. This is the equivalent of an extra 10 VTEs above the base rate of 15.8 per 10,000 person years.

This risk reduced considerably after 6 months and after treatment had ceased.

With respect to the authors, the study illustrates the need for additional investigation of the temporary increase in the risk of VTE:

The study authors spotlight, however, that the risks appear to be temporary and very minimal in absolute terms.

Martinez and team also note the restrictions of their research. Due to the observational nature of their research, they cannot draw any results on the cause and effect of this association between VTE risk and testosterone treatment.