According to WHO, US and UK guidelines, infants born prematurely are not considered to be great risk for flu-related problems. But the investigators of a new research presented in The Lancet Respiratory Medicine say these recommendations require to be reviewed, after discovering that preterm kids are at higher risk of such problems. 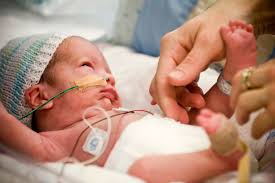 The study team, which includes Dr. Kay Wang, states that their discoveries suggest that kids born prematurely must be prioritized for obtaining seasonal flu vaccinations.

With respect to the investigators, kids with underlying medical problems who develop flu are at greater threat of flu-related problems than otherwise healthy kids.

“About 20% of kids who present with influenza or influenza-like condition have a minimum of one medical disorder,” they add, “and the existence of comorbidities raises the rates of influenza-associated hospital admissions nearly 6 times in kids aged 5 to 14 years. After being admitted to hospital, such at-risk patients are also at greater risk of additional problems.”

WHO and the UK Department of Health suggest that all populations considered to be at high risk of flu-related issues must be vaccinated against flu.

Even though the US Advisory Committee on Immunization Practices suggest that all people older 6 months and over must get flu vaccinations, the recommendations state that antiviral remedies should be focused toward specific communities at great risk of flu-related issues.

But Dr. Wang and co-workers say the “recommendations are based on consensus opinion instead of evidence, and do not identify risk aspects in children.”

As a result, the team set out to recognize which kids are at greater risk of developing issues from flu.

To study their discoveries, the team examined 27 research concerning 14,086 kids who went to a health care specialist as a outcome of flu or flu-like disease. Of these kids, 3,086 had underlying medical problems.

From evaluating 7 studies concerning 3,142 kids, the team identified that kids born prematurely – prior to 37 weeks gestation – were twice as probably to be hospitalized for flu-associated problems than kids without underlying medical situations.

Leaving comments on this finding, Dr. Wang states that:

“Thinking about that about 10% (12.9 million) of the globe’s children are born prematurely – with preterm delivery rates of about 12% in Africa, 6% in Europe and 11% in North America – it’s a considerable public health problem and has major effects for policy makers.”

Dr. Wang says these results suggest that policy makers should be informed of which groups of kids should be focused with flu interventions – like as vaccinations and antiviral remedies – especially while in flu outbreaks.