Advanced lung imaging using PET and CT scans can show if an trial anti-TB drug can clear the infection in human beings and animals, concludes a research which was conducted recently. The scientists think their results should help enhance pre-clinical screening of TB drugs to choose the ones most probably to be efficient in human studies. 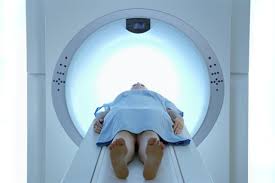 The team, lead by the University of Pittsburgh School of Medicine, reports the study in the journal Science Translational Medicine.

Tuberculosis (TB) is a worldwide public health issue that is getting worse due to the disease is becoming progressively resistant to present drugs.

JoAnne L. Flynn, professor of microbiology and molecular genetics at Pitt School of Medicine, describes that in 2012, roughly 8.6 million individuals all over the world developed TB. The obstacle in battling TB is complex by the truth first-line treatment includes taking four various drugs for up to 8 months to effect a durable cure.

But, as Prof. Flynn describes, about half a million sufferers a year are not treated – and they can go on to build multi-drug resistant TB, therapy for which consists of taking as many as six drugs for 2 years.

Some of these sufferers can develop broadly drug-resistant, or XDR-TB, which has a very weak diagnosis, she says, adding that:

“Our obstacle is to discover more successful therapies that work in a smaller time period, but the standard preclinical models for examining new medicines have occasionally lead to contradictory outcomes when they are assessed in human studies.”

Animal trials are not successful enough at evaluating pre-trial TB drugs
Clinical research proven that the drug linezolid successfully treated XDR-TB patients – even though animal trials identified it would have no effect.

Using positron emission tomography (PET) and computerized tomography (CT) scans in humans and macaques infected with TB, the team demonstrated that in the greater part of cases, “hot spots” in the lungs improved after therapy with linezolid and a different drug of the same class.

In humans and macaques, TB infection lead to lesions in the lungs that are well-known as granulomas. These could be noticed by PET scans – an imaging method that inserts a small amount of radioactive probe that is picked up by the lesion cells – as “hot spots.”

The results demonstrate humans and macaques have identical disease profiles for TB and – in many cases – both display hot spot development in PET images following drug therapy.

CT scans – which show anatomical information of the respiratory system – also revealed developments after therapy with linezolid. There was one case of a victim whose hot spot got more intense – but additional tests revealed the strain of TB he was contaminated with was resistant to the drug.

“PET/CT imaging may be helpful as an early quantitative measure of drug effectiveness against TB in human sufferers.”

Prof. Flynn claims that by mixing a macaque model and PET scanning, study researchers should be better capable to estimate which medicines are probably to be efficient in human studies and thus speed up getting new therapies into the hands of physicians.

The scans could also assist ensure drug resistance – but they are unlikely to be used regularly – as Prof. Flynn describes:

“We plan to use this PET scanning approach to identify why some lesions don’t react to specific drugs, and to test candidate anti-TB agents. This might provide us with a way of developing treatment to people.”