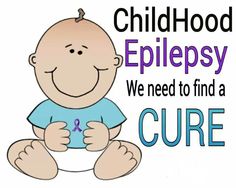 As stated earlier, rheumatoid arthritis is an autoimmune condition, wherein one’s own immune system attacks and causes the inflammation of joints. As per a report published by Center for Disease Control and Prevention (CDC) in 2005, nearly 1.3 % of the population was affected by rheumatoid arthritis globally. Epilepsy is a neurological disorder characterized by repeated epileptic seizures whose origin is unknown most of the times.

In the current study led by Ane Lilleore Rom, medical records of nearly 2 million children born in Denmark during 1977-2008 were studied and the children were followed up for an average of 16 years. Diagnoses of rheumatoid arthritis and epilepsy were obtained from the Danish National Hospital Registry.

It was observed that of 2 million subjects, 13,511 had mothers with rheumatoid arthritis including those diagnosed with the condition following their childbirth. 1.6 % of the subjects developed epilepsy over the 16-year period.

Children whose mothers had rheumatoid arthritis at the time they were born were at 90 % greater risk of developing epilepsy than children with healthy mothers, while children of mothers diagnosed with pre-clinical RA were at 30% higher risk of developing epilepsy than children of mothers without the condition. The research did not study the effects of paternal history of rheumatoid arthritis. The results remained same irrespective of the baby’s birth weight, the mother’s age at the time of delivery and if the mother also had epilepsy. The results were published in Neurology – the journal of the American Academy of Neurology.

According to Rom, a greater risk of epilepsy in individuals with neurological autoimmune diseases such as multiple sclerosis (MS) or autoimmune encephalitis has already been reported from previous research. “But it is new knowledge that also offspring of mothers with rheumatoid arthritis seem to have an increased risk of developing epilepsy,” Rom says. He adds “These results suggest that changes in the environment for the fetus may play a role in the development of epilepsy. We don’t know yet how this may work, but it could involve the production of maternal antibodies that could affect the unborn child.”