Lack of sleep can do a lot more than just make us feel tired in the morning. A new research suggests it can considerably enhance our risk of heart attack and stroke, prompting investigators to call for it to be regarded as a risk factor for cardiovascular disease in prevention guidelines for the problem. 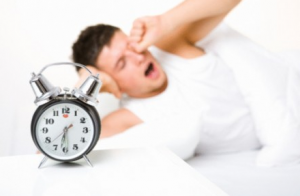 It is approximated that about 50-70 million individuals in the US have some type of sleep problem, which research is progressively finding can seriously effect health and well-being.

For this recent study, Prof. Valery Gafarov and colleagues wanted to figure out whether inadequate sleep may be linked to risk of heart attack and stroke, which trigger nearly 80% of all deaths from cardiovascular disease.

Sleep disorders are very closely associated to the presence of cardiovascular problems. However, till now there has not been a population-based cohort study analyzing the effect of sleep disorders on the progression of a heart attack or stroke.

The team recently reported their results at EuroHeartCare 2015 – the annual conference of the European Society of Cardiology.

The team’s research was a part of the World Health Organization’s (WHO) Multinational Monitoring of Trends and Determinants in Cardiovascular Disease (MONICA) program and the “MONICA-psychosocial” sub-study.

The research, which began in 1994, engaged a nationally representative cohort of 657 men aged 25-64 from Russia, all of whom had no history of diabetes, stroke or heart attack.

At research baseline, investigators used the Jenkins Sleep Scale to determine sleep frequency and any sleep issues among people. Men whose scores fell into the classes of “poor,” “bad” or “very bad” were considered to have a sleeping disorder.

The team examined occurrence of heart attack and stroke among the individuals over the next 14 years.

In comparison with men who did not have a sleeping disorder, those who did were identified to be at 2-2.6 times higher risk of heart attack and 1.5-4 times greater risk of stroke.

Among men with sleeping disorders, the possibility of stroke and heart attack was maximum among those who were widowed or divorced, those who had occupations that engaged heavy to medium manual labor and those who had not completed high school.

Leaving comments on their results, Prof. Gafarov states that:

“Sleep is not a simple issue. In our research it was connected with double the risk of a heart attack and up to 4 times the risk of stroke.

Inadequate sleep should be considered a changeable risk factor for cardiovascular problem along with smoking, lack of work out and poor diet. Suggestions should add sleep as a risk factor to recommendations for protecting against cardiovascular disease.”

Prof. Gafarov says people who are not obtaining enough sleep must talk to their physician, pointing out that not only could inadequate sleep increase the risk of heart attack and stroke, but earlier research from the team have connected it to greater risk of hostility, depression and stress.