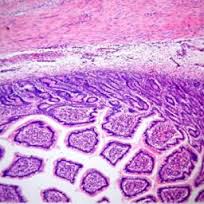 increased threat of developing acute lymphoblastic leukemia (ALL) while in childhood, they haven’t been capable to clarify why. Now, a group of Dana-Farber Cancer Institute researchers has revealed a relationship between the two situations.

In a research published online today by the journal Nature Genetics, the scientists monitor the genetic chain of activities that links a chromosomal problem in Down syndrome to the cellular havoc that happens in ALL. Their results are appropriate not only to individuals with Down syndrome but also to several others who develop ALL.

“For 8 decades, it hasn’t been obvious why children with Down syndrome face a sharply raised threat of ALL,” stated the study’s led author, Andrew Lane. “Developments in technology, which make it achievable to research blood cells and leukemias that model Down syndrome in the lab, have allowed us to build that connection.”

Individuals with Down syndrome have an enhanced threat for a variety of health issues, which includes heart problems, breathing and hearing issues, and thyroid problems. Their threat for childhood ALL is 20 times that of the general population.

The syndrome takes place in individuals who have an additional copy of a single chromosome, identified as chromosome 21. The addition may include the whole chromosome or a part of it.

To track the connection in between Down syndrome and ALL — particularly, the most popular type of the condition known as B cell ALL, or B-ALL — Lane, who is also a medical oncologist and his co-workers acquired a strain of mice that hold an extra copy of 31 genes identified on chromosome 21 in humans.

“B-ALL takes place when the body produces too many immature B cells, which are a kind of white blood cell that generally battles infections,” Lane described. “When we examined the mice’s B cells in the lab, we identified they were irregular and grew uncontrollably — simply as B cells from B-ALL sufferers do.”

The scientists then examined the mice’s B cells to determine their “molecular signature” — the design of gene activity that distinguished them from standard B cells in mice. The main variation was that in the abnormal cells, the team of proteins known as PRC2 was not performing. For some reason, the loss of PRC2 was spurring the B cells to split and proliferate prior to they were fully mature.

To ensure that a shutdown of PRC2 is critical to the development of B-ALL in individuals with Down syndrome, Lane’s team targeted on the genes managed by PRC2. Utilizing two sets of B-ALL cell samples — one from sufferers with Down syndrome, the other from sufferers without the syndrome they calculated the activity of 1000’s of various genes, looking for variations among the two sets. About 100 genes switched out to be far moreactive in the Down syndrome group, and all of them were within control of PRC2. When PRC2 is silenced as it is in the B cells of Down syndrome sufferers, those 100 genes react with a burst of activity, generating cell growth and division.

The query then was, what gene or group of genes was stifling PRC2 in Down syndrome sufferers’ B cells? Using cells from the mice with an additional copy of 31 genes, the researchers consistently switched off each of those genes to see its impact on the cells. When they switched off the gene HMGN1, the cells ended growing and died.

Lane said “We concluded that the additional copy of HMGN1 is essential for turning off PRC2, and that, in turn, raises the cell proliferation”. This offers the long-sought after molecular connection between Down syndrome and the growth of B cell ALL.