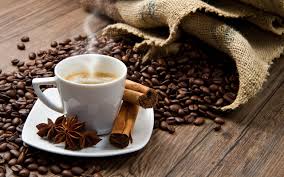 With respect to study carried out by the London, UK-based World Cancer Research Fund International, consuming three alcoholic drinks a day can be sufficient to trigger liver cancer.

Amanda McLean, Director of World Cancer Research Fund UK, states that: “Three or more drinks daily can be sufficient to trigger liver cancer. Till now we were unclear about the quantity of alcohol likely to cause liver cancer. But the study analyzed in this report is strong enough, for the initial time, to be more particular about this.”

The results were presented in the Continuous Update Project (CUP) 2015 report on “diet, nutrition, physical exercise and liver cancer.” They are dependent on the analysis of 34 studies that involved 8.2 million individuals – over 24,500 of whom had liver cancer.

The American Cancer Society states that every year in the US there are about 35,660 new cases identified with liver and about 24,550 people that die from liver and intrahepatic duct cancers.

Evidence appeared from the same research finding strong proof that drinking coffee can decrease the risk of liver cancer. This discovery follows study the World Cancer Research Fund presented in 2013 showing that coffee decreased the risk of womb cancer.

“The new results about alcohol, obesity and coffee are specifically interesting. There are also interesting new recommendations relating to exercise and fish.”

Adding to above statement Dr. Kate Allen states that “The proof about the link between diet, nutrition, physical exercise and cancer is becoming well-known. We wish that these new results will inform the debate about feasible public health effects and policy responses.”

Mechanisms that assist a protective effect of coffee on liver cancer relate largely to research in animals, even though some human research contribute to the evidence.

Both coffee and coffee ingredients have also been found to decrease the expression of genes engaged in inflammation, and the results seem to be most pronounced in the liver.

Particularly, the study identified that the risk of developing liver cancer might be decreased by roughly 14% if individuals take one cup of coffee daily.

“The proof for coffee was usually consistent, and the dose-response meta-analysis revealed a substantially reduced risk of liver cancer per one cup daily.”

This proof is reliable with results from three published meta-analyses. When stratified by gender, the connection was considerable for men but not for women.

There is no proof regarding particular elements of coffee that were attributable to the reduced risk.

There is uncertainty about the different variables that may impact the connection between coffee intake and decreased liver cancer risk, like as caffeine, sugar and milk. Due to the impact of coffee on other medical conditions, suggestions for coffee intake cannot yet be made.

CUP indicates that a “higher intake of coffee probably defends against liver cancer.”

Additional strong research has emerged from the CUP showing that being obese or overweight is connected with an increased risk of the disease.

The CUP monitors and analyses study on cancer prevention and draws results on how lifestyle aspects like as weight, diet and physical exercise can decrease the risk of developing the disease.