Maynooth University researchers have recognized a protein in the body that may have the potential to protect against the development of obesity driven diabetes. 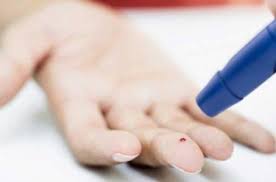 Diabetes is one of the globe’s fastest developing epidemics, with an approximated 225,000 individuals in Ireland alone suffering from the disease. Obesity is a essential driver of Type 2 Diabetes, provided that unwanted abdominal fat leads to fat cells to release a ‘pro-inflammatory’ chemical which can develop the body less sensitive to the insulin it generates and disrupt the capability of insulin-responsive cells to meet their function.

This is recognized as insulin resistance, a main trigger of Type 2 Diabetes. The Maynooth University study team, lead by Paul Moynagh, Professor of Immunology, has found a protein in the body known as ‘Pellino3’ that may block obesity-influenced inflammation and thus avoid insulin resistance and diabetes.

With respect to the study, there is a direct connection between Pellino3 levels and abdominal fat tissue levels in people, with Pellino3 identified to be incredibly low amongst obese people and greater amongst lean people.

Describing the new study Professor Moynagh stated: “Following almost 3 years of study we have recognized a new regulating mechanism for managing diet-induced diabetes by highlighting a crucial role for ‘Pellino3’ in regulating inflammation.”

“The identification of this new role for Pellino3 is an incredibly interesting breakthrough and one that could have essential effects for the fight against diseases like as Type 2 Diabetes,” Prof Moynagh continued. “My wish is that we can now develop on this study and try to understand how we may be capable to manage or manipulate the Pellino3 protein as a technique of avoiding diabetes disease amongst those at risk.”

The study was financed by Science Foundation Ireland (SFI) with help from collaborators at St Vincent’s Hospital, Dublin. The results of the study are to be presented in the December 2014 issue of the scientific journal Immunity, a Cell Press journal that specialises in presenting high-influence research into the function of the immune system.

Professor Moynagh this week obtained additional financing for his work under the SFI-Pfizer Biotherapeutics Innovation Award programme which motivates research in Ireland in the areas of immunology and unusual diseases.