According to recently presented study at the Alzheimer’s Association International Conference 2016, researchers have completed the first recorded phase III clinical trial of a drug that focuses on one of the drivers of Alzheimer’s disease – a protein well-known as tau. 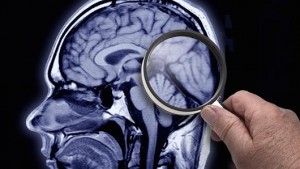 Tau is regarded a hallmark of Alzheimer’s disease; the protein can form twisted fibers in the brain known as “tangles,” which are considered to cause nerve cell death. In the conference scientists show how a drug known as LMTX shows promise for stopping the creation of tau tangles.

Alzheimer’s disease is believed to impact 5.4 million individuals in the United States, and by 2050, it is predicted to impact around 13.8 million Americans, unless new therapies are discovered that tackle the disease at its roots.

For a long time, researchers have worked to discover methods to combat the two prime suspects for Alzheimer’s growth: tau tangles and amyloid plaques – clumps of beta-amyloid protein, which are considered to disrupt nerve cell communication.

Many researchers are working in this field to develop an effective therapy, for instance, a research earlier this month revealed the development of a vaccine that investigators say could stop the development of tangles and plaques.

While without any doubt it is an interesting development, still it will require another 3-5 years to be tested in humans and this long road to human studies been the case for the  greater part of Alzheimer’s studies – till now.

Dr. Serge Gauthier – of the Departments of Neurology & Neurosurgery, Psychiatry, and Medicine at McGill University in Canada – and colleagues have finished the first phase III trial of a medicine that focuses on the tau protein, and the drug in question – LMTX – proved effective for a small sub-group of patients.

LMTX found beneficial for sufferers not using other Alzheimer’s therapies.

With respect to the investigators, LMTX – developed by TauRx Pharmaceuticals – is a tau aggregation inhibitor (TAI), which means it concentrates on the tau protein in the brain and stops it from forming tangles that lead to Alzheimer’s disease.

For their phase III study, Dr. Gauthier and colleagues registered 891 subjects of an average age of 70.6 years who had mild or moderate Alzheimer’s disease. Patients were enrolled from 115 sites over 16 nations across Asia, Europe, North America, and Russia.

About 85% of subjects were also using other types of approved treatment for Alzheimer’s, the team reports.

Outcomes of LMTX efficacy and safety were evaluated as a whole and by disease intensity, region, and the use of other Alzheimer’s therapies.

Throughout the full study population, LMTX at both doses was recognized to have no advantage for cognitive functioning, daily functioning, or brain atrophy – the loss of nerve cells – in comparison with the placebo.

However, the study team identified that sufferers who were not using any other approved Alzheimer’s treatment – that is, they only used LMTX, demonstrated improvements in cognitive and daily function, along with decreased brain atrophy. These outcomes were recognized for both doses of LMTX.

One or more adverse event was noted by over 80% of subjects. Gastrointestinal issues, nervous system disorders, infections and infestations, and renal and urinary disorders were the most frequently reported problems.

Team ‘thrilled’ by the results

While the study only confirmed the advantages of LMTX for a small number of Alzheimer’s sufferers, the investigators are motivated by the results.

“In a study of this size throughout a combined mild to moderate patient population, it is both encouraging to  see developments of this magnitude in the standard cognitive and functional tests and re-assuring to see the supporting brain scan proof of a decrease in disease progression while in 15 months of treatment,” says Dr. Gauthier.